Madrid: Pesticides in food, air and water may be directly linked with the development of type 2 diabetes, regardless of a person’s age, gender or body mass index, a new Spanish research study has found. 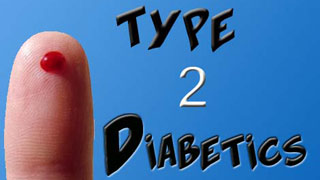 These substances tend to concentrate in body fat, and they might be one of the reasons why obese people are more likely to develop diabetes, since the greater the fat, the higher the pesticide concentrations in the body, researchers from the University of Granada found.

Researchers demonstrate that people with higher concentrations of DDE – the main metabolite in the pesticide DDT – are four times more likely to develop type 2 diabetes than other people, the journal Environmental Research reports.

In addition, the risk of type 2 diabetes is also associated with exposure to I-HCH (beta-Hexachlorocyclohexane), which is present in the formula of the pesticide Lindano, according to a Granada statement.

COPs are a group of chemicals with diverse characteristics which are present in pesticides, industrial waste and building material. These compounds penetrate the body mainly through food, but also through air or the skin.

The prevalence of diabetes in the world has significantly increased in the last decades. It is estimated that by 2030, 4.4 percent of the world population will live with this metabolic disorder.