Mumbai,: So beautiful and so ahead of her times, Zeenat Aman, who redefined the liberated unfettered modern woman of Hindi cinema of the 1970s through her no-holds-barred performances in “Hare Rama Hare Krishna”, “Manoranjan” and “Dhund”, has found love again but hasn’t decided anything about marriage. She says if at all there’s marriage, “it would be very quiet”. 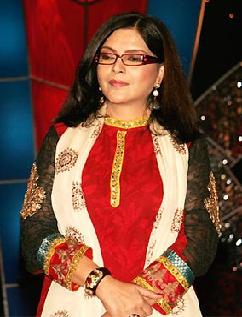 “Yes, I am in love. There is someone in my life, I won’t deny it. But I am not getting married! Not right now at least. Yes, he has proposed to me. But I haven’t decided to take the plunge as yet,” said Zeenat.

“It’s a fact. I’ve my fingers crossed this time. Let’s see how the relationship plays out. We’re taking each day as it comes. Who knows what tomorrow holds? A very close friend passed away last week. So one never knows what life holds in store. If at all there’s marriage, it would be very quiet. At my age, I can’t have a big fat wedding, though I feel you are as old or as young as you feel,” she said.

The actress, who was married to actor Mazhar Khan until his death in 1998, has two adult sons – Azaan and Zahaan – who she says, are the prime focus of her life.

“No doubt my boys are my priority. Now there’s this man. And he’s serious about our relationship. He wants to get married, so I am thinking about it,” said the actress of yesteryears.

Zeenat, who blazed a new trail with her unabashed sensuality in “Satyam Shivam Sundaram” and “Qurbani” says her sons are happy for her.

“At the end of the day, they want to see their mother happy. Both my boys have just finished their education and are undecided about what they want to do with their lives. They have many options. One of my boys has studied culinary art and is also passionate about music. I will support them in whatever they want to do as long as they’re happy.”

Zeenat is also looking at returning to acting.

“I’ve a couple of offers. Let’s see how it all pans out. If it’s not worth my while then no point in doing it. In recent times, some of the roles that I did were not much liked by the audience. One did them because one is a single parent with a kitchen to run,” she explained.

Zeenat is proud to have given fully of herself to whatever she did.

“When it was my career, I was fully into it. Then when it was marriage and motherhood, I gave all of myself to them. And if there’s marriage again, I’ll be completely focussed on it.”