In a bitter end to weeks of feuding, Chief Minister Nitish Kumar told Governor D.Y. Patil to sack all the 11 BJP ministers in his government for not working and vowed to prove his majority in the assembly in three days.

“We are not responsible for ending the alliance. We are pushed to this situation so as not to compromise with our basic principles,” Nitish Kumar said here. “We don’t care for the repercussion, we are not worried.” 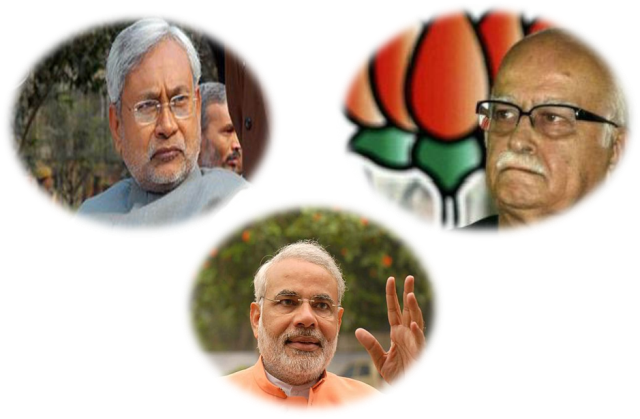 The JD-U, one of the oldest allies of the BJP, is the 14th party to desert the NDA, which was born in 1998 and ruled India for six years under the leadership of the now ailing Atal Bihari Vajpayee.

Both stated they would not dilute the party’s “basic principles” — a political euphemism to mean they would never accept a BJP seemingly led by Gujarat Chief Minister Narendra Modi.

The fissures between the BJP and JD-U were triggered by Nitish Kumar’s opposition to Modi and the BJP decision to make the Gujarat strongman its public face in the 2014 Lok Sabha election.

development that put us in a difficult situation and so as not to compromise with our basic principles,” Yadav said.

He sought to draw a line between a Modi-driven BJP and BJP stars Vajpayee and L.K. Advani, pointing out that the JD-U alliance with the NDA was based on a national agenda forged during the Vajpayee-Advani era.

“Now it seems the BJP is trying to bring controversial issues like the Ram temple into its agenda,” he said, referring to the raging temple row of Ayodhya that the BJP had put on the backburner for years.

“He was elected as head of the NDA in Bihar when he was made the chief minister. Now that he is no more an NDA leader, he has no moral right to continue.”

“Whatever decision has been taken on Narendra Modi, we will not go back at any cost, whether the NDA alliance breaks once or 10 times.”

Earlier Sunday, Nitish Kumar called on the governor and said he wanted all BJP ministers out of his ministry as they had stopped attending office.

“This situation cannot continue. Ministers are meant to work. Such a situation is not acceptable,” he said, adding he had called for a special session of the assembly Wednesday to prove his majority.

The JD-U has 118 seats in the 243-member assembly, only four short of majority, while the BJP has 91 members. There are six independents in the assembly while the Congress has four members.

The BJP has accused the JD-U of trying to poach its legislators.