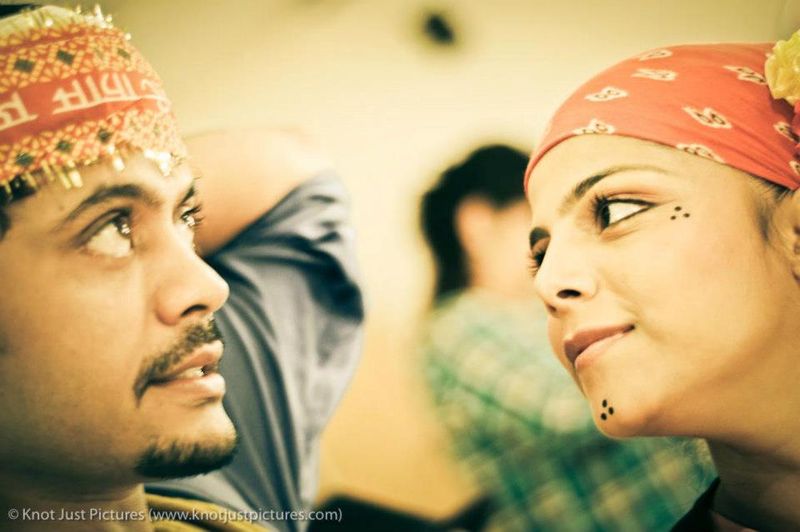 The fortnight-long 15th edition of the Bharat Rangmahotsav will end Sunday.

The annual showcase of the country’s premier drama school turned its spotlight on “inter-cultural Shakespeare” this time, with a cache of six productions from across the world.

These are a Hindi version of “Twelfth Night”; an Indian-British interpretation of “The Tempest”; a Bengali “Macbeth”; a retelling of “Othello” in Malayalam; a non-verbal Indian-Anerican Shakespeare collage, “The Knocking Within”; and “Julius Ceaser” in Assamese by Guwahati’s Seagull Theatre group.

Theatre critics said the festival reflected the globalization of a trend that began nearly 300 years ago in India when the British rulers brought Shakespeare’s plays to these shores to entertain the “white crew” of the erstwhile East India Company.

Today, Shakespeare has become part of the Indian heritage, a favourite across class and language divides. His works now spawn cross-cultural innovations.

The flavour of Shakespeare on the Indian stage is now one of innovative conceptualism, where the bard’s stories are expressed as ideas.

“Yamadoothu – After the death of Othello” – a bilingual adaptation of Othello in Malayalam and Hindi by B. Abhimanyu dramatises the 30 minutes between the death of the body and the death of mind in the case of Othello, his wife Desdemona and the chief antagonist, Iago. The play runs for 73 minutes.

The production Indianised the performance without digressing from its original elements. Kalaripayatu – the native martial dance of Kerala – was used to good effect.

“Before making the performance text, we had a clear cut idea about death – and the difference between body death and mind death. It is a scientific thing, the time period when you can see people but you can’t respond. It gives us a certain language to perform. All things appear dreamy,” said Thrissur-based Abhimanyu.

The young director has used spiritual symbols like flowers, milk, blood and corn stalk to sow the seeds of doubt in Othello’s mind in a simulation of Indian “tantrik”
rituals that are enacted in a stylised theatrical language.

“I trained my actors in Kalaripayatu for 15 days,” the director said.

Explaining one possible reason why Shakespeare may be easily adapted across the world, Paddy Haytor, founder of French repertory company Footsbarn Theatre, said: “It is believed that most of Shakespeare’s plays were collated into a compendium of texts after his death as a result of which the texts were improvised many times.”

Haytor has adapted Shakespeare’s “The Tempest” in English, Malayalam, French and Sanskrit in the outdoor style using traditional, operatic, western folk and contemporary theatre elements with a cross-cultural cast of five Malayalee performers.

Last year, London’s Globe Theatre had commissioned Mumbai-based The Company Theatre to produce “Piya Bahuroopiya”, an Indian adaptation of “Twelfth Night” for the “Globe to Globe Shakespeare” festival to coincide with the London Olympics.

“It renders itself to any language. But we were meant to stay with the rules of Shakespeare when we staged the play. But it has changed after we moved out of the Globe Theatre. We have restructured on the floor, allowing it to grow organically,” said director Atul Kumar.

The adapted “Twelfth Night” does not have a specific script.

“We read the original Shakespeare and threw it out of the window. We all knew what the essentials of the play were – and then we started exploring the play in our way,” Kumar said.

The provincial roots of the cast – drawn from Punjab, Madhya Pradesh, Maharashtra and Rajasthan – brought in traditional flavours and styles, with a folk musical score.

Kumar has played King Lear in “Nothing Like Lear”, an adaptation in gibberish and Hamlet in “The Clown Prince” in English and gibberish, directed by Rajat Kapoor.

The journey of Shakesprare on the Indian stage has been one of improvisation by adopting the playwright as an Indian icon, says former Delhi University professor Vikram Chopra, the author of a treatise, “Shakespeare: The Indian Icon”.

Chopra, the founder secretary of the Shakespeare Society of India in the capital, says playwright Bhartendu Harish Chandra translated “Merchant of Venice” on an Indian canvas in Maharashtra in the early 19th century.

“In Bengal, Girish Ghose translated “Macbeth” to Bengali. It starred Tinkari, an actress from the red light area of Kolkata as Lady Macbeth and was first staged at the Minerva Theatre in 1893,” Chopra recalled.

The National School of Drama has re-invented Shakespeare in the Indian context. Two of the most memorable productions were a 1965 rendition of “King Lear” starring Om Shiv Puri and a 1989 production directed by Amal Allana in a Rajasthani milieu.

Numerous adapations have appeared on stage in the last 100 years.

Chopra, however, credits the popularity of Shakespeare to Geoffrey Kendal’s “Shakespearewallah”, a travelling theatre company that staged Shakespeare’s plays across the country.

James Shapiro, a well-known Shakespeare scholar from the US says: “Shakespeare is the only playwright in the English-speaking world whom no one has to pay for staging plays. Shakespeare is for everybody….”.