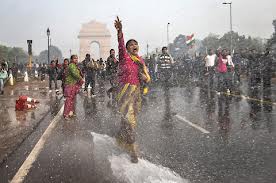 “The condition of the victim is critical. All possible medical aid is being given to her,” said a doctor of the PGIMS.

The victim, 16, who studies in class 10 of a school in Kharkhoda town of Haryana’s Sonipat district, attempted suicide five days after she was allegedly raped by a taxi driver who had kidnapped her last Sunday.

The victim, who is from a Dalit family, poured kerosene and set herself on fire at her house Friday evening when her mother had gone out of the house.