Shimla: To decongest the city center, the district court complex, presently housed in the crowded deputy commissioners’ complex close to The Mall, is to be moved out to a newly constructed complex at Chakkar on 12 January.

The new judicial complex is to be inaugurated by Chief Justice Kurian Joseph and Chief Minister Virbhdara Singh on January 12, high placed sources in the government disclosed.

The chief minister who is at Dharamshala to attend the inaugural session of the freshly constituted assembly after elections concluded on December 20, will be coming to Shimla for a day to participate in the inauguration function of the district court complex, said the government official. 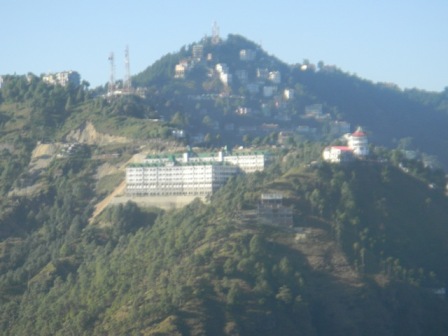 The modern district court complex at Chakka, a city suburb, has been constructed after spending about Rs 40 crores with the construction directly monitored by the High Court.

The new complex has 21 court rooms and special provisions have been made for the litigating public. Space has been created for a bar room, a bank, post office, stamp vendors, typists etc, which are required in a judicial court complex. Provision for parking space for judicial officers and others has been kept.

Lawyers had agitated the matter and had even gone to the extent of burning an effigy of a former chief justice of the High Court.

It was at the behest of the High Court itself that in May 2007 a decision was taken to move the district courts out from the present complex where 13 court rooms function under very crowded conditions.

On express orders of the High Court forest and private lands were acquired at Chakkar, and 484 green trees were cut (the largest number of trees cut in the city in recent years for any public project) to make a road to the court complex.