Jammu/New Delhi, Jan 8 (IANS) In a brazen violation of the 2003 ceasefire, Pakistani troops intruded into Jammu and Kashmir and killed two Indian soldiers by slitting their throats, officials said.

Pakistani soldiers, apparently from the 29 Baloch Regiment, took advantage of a dense fog to sneak into an Indian post in Sona Gali area in the border district of Poonch.

A defence ministry spokesman said the incident took place at 11.30 a.m. “Pakistani soldiers killed two Indian soldiers, and mutilated the body of one.

“We strongly condemn the brutality with which the body was treated,” the official told IANS.

Pakistan denied responsibility for the killings but Indian officials dismissed the denial as a farce. 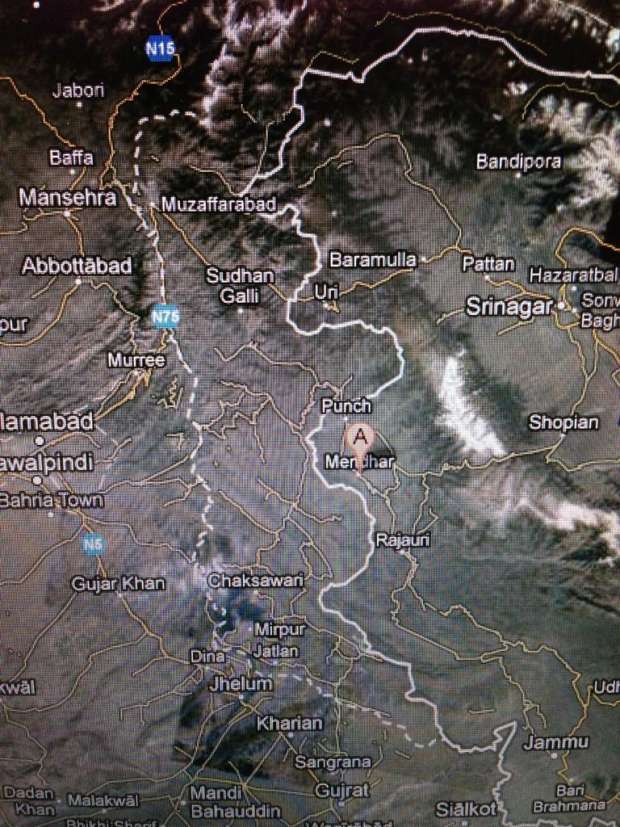 India termed the Pakistani action “provocative” and said it would take up the issue with the Pakistan government.

“The Government of India considers the incident as a provocative action and we condemn it. Directors General of Military Operations (DGMOs) of the two countries are in touch over it.

“The government will take up the incident with Pakistan Government. We expect Islamabad to honour the ceasefire agreement strictly,” the defence ministry said in a statement.

India’s Northern Army Command chief Lt. Gen. K.T. Parnaik, who later visited the spot, asked the army to “stay alert and calm” and declared that “appropriate action will be taken at the appropriate time”.

Army sources told IANS that the Pakistani troops took away the weapons of the dead Indians: Sudhakar Singh and Hemraj of 13 Rajputana Rifles.

There were reports that one of the Indian soldiers was decapitated and the Pakistanis took away the head, but it could not be independently confirmed.

The sources said the Pakistanis reached the post since it was located close to the fence near the LoC, which divides Kashmir between India and Pakistan.

The Indian Army has erected a three-tier fence in Indian territory running along the LOC. The fence is about 500 metres to two kilometres inside Indian territory and seeks to prevent Pakistani intrusion.

But the Pakistanis sneaked in using the fog in the forested area as a cover, an army spokesman said.

“The (Indian) patrol spotted them and engaged the intruders” for about half hour after which the Pakistani troops retreated, he said.

The official termed the intrusion and killings as “yet another grave provocation by the Pakistan Army”.

He said the latest attack was being taken up “sternly through official channels”.

The external affairs ministry said it was in touch with the defence ministry.

The report of the Pakistani attack — which has the potential to derail India-Pakistan relations — came soon after India told Pakistan “to ensure that the sanctity of LoC is upheld at all times”.

Also Tuesday, Pakistani army chief General Ashfaq Parvez Kayani visited Sialkot and asked the army to remain “fully prepared to respond to the full spectrum of threats, direct or indirect, overt or covert”.

He said Pakistan was putting in place a new concept of war fighting “evolved and validated in the Azm-e-Nau (New Resolve) series of war games and exercises”, the Associated Press of Pakistan reported.

The Indian external affairs ministry denied that Indian troops crossed the LoC in Rampur sector or violated the ceasefire in force since 2003 in the area as claimed by Islamabad.

“India is committed to the sanctity of LoC,” a ministry spokesman said, calling it the most important part of the India-Pakistan confidence-building measures.

“We call upon the Pakistan authorities to ensure that the sanctity of the LoC is upheld at all times.”

The spokesman was referring to an earlier incident which Pakistan says involved firing by Indian troops that left one of their soldiers dead.

India says that the director generals of military operation of both countries were in touch over the earlier firing.

New Delhi says it were the Pakistani who triggered the earlier gun battle.

Their “unprovoked firing on Indian troops” damaged the roof of a house in Churunda village. “Indian troops undertook controlled retaliation in response.”

Jammu and Kashmir Chief Minister Omar Abdullah termed the violation of the ceasefire “bad enough” and the mutilation as “unacceptable”.

“Violation of the cease fire is bad enough, to resort to mutilating soldiers is unacceptable in any civilised society

“Clearly someone up the chain of command wants to do everything to derail any dialogue between the two countries #indiaPakistan“, he tweeted.

“That having been said ceasefire must hold else infiltration will shoot up manifold under cover provided by firing”.