“The home minister’s statement has worked in favour of Pakistan and terrorists. We had cornered Pakistan on the international stage on terror, but Shinde has now given voice to them,” BJP spokesperson Syed Shahnawaz Hussain told reporters here. 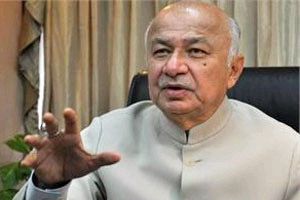 “They are talking about infiltration but we have this report that whether it is the BJP or the RSS, their training camps are promoting Hindu terrorism,” Shinde said at the All India Congress Committee meet in Jaipur.

Slamming Shinde for his remarks, Hussain added: “We don’t want him to retract the statement, we want the prime minister (Manmohan Singh) to retract him from the post of home minister.”

The BJP also demanded a clarification if it was a “planned statement or a slip of the tongue”.

He added: “Pakistan has consistently been telling the world that the Samjahuta Express blast was not done by us. Now the home minister has admitted the reality. Three years ago when Mr. (P.) Chidambaram came I told him please look into your own affairs, according to our intelligence India will be facing this extremism.”

At the AICC meet, Shinde had said about the RSS and the BJP: “The Samjhauta Express blast, Mecca Masjid (blast in Hyderabad), Malegaon blast — they are planting bombs and blaming minorities for it. We need to be careful for the safety of our country.”

Jamat-ud-Da’wah (JuD) chief and Mumbai terror accused Hafiz Saeed had Monday demanded a ban on organisations such as the RSS and the Vishwa Hindu Parishad.

He had urged the international community to declare India “a state supporting terrorism on its soil” in view of Shinde’s remarks.