New Delhi: India Tuesday said all issues with Pakistan should be settled bilaterally without the involvement of the UN or any third party. 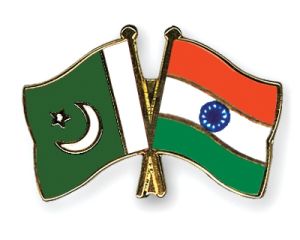 Speaking to reporters, External Affairs Minister Salman Khurshid said: “We did hear some statement (from Pakistan) earlier of involving third parties… but I think we have moved away from this.”

Referring to the Indian and Pakistani Directors General of Military Operations (DGMOs) agreeing to maintain peace on the Line of Control, Khurshid said: “In a clear reaffirmation of the bilateral process, the DGMOs have met…The bilateral process has never stopped… we haven’t heard anything more.”

“We reiterate our position that bilateral issues should be settled bilaterally. We have a history of solving issues bilateraly,” he said.

Khurshid’s statement came as India’s Permanent Representative to the UN Hardeep Singh Puri suggested winding up the United Nations Military Observer Group in India and Pakistan (UNMOGIP), saying its “role has been overtaken by the Simla Agreement of 1972 between India and Pakistan”.

Pakistan’s representative countered by saying “no bilateral agreement between India and Pakistan has overtaken or affected the role or legality of UNMOGIP” and it continues to monitor the ceasefire in accordance with the Security Council resolution.

Following the Simla Agreement of 1972 between India and Pakistan, the two countries resolved to respect the Line of Control resulting from the Dec 17, 1971, ceasefire and settle their differences by peaceful means through bilateral negotiations.

Pakistan had earlier demanded that the UN probe ceasefire violations following the killing of Indian and Pakistani troops in firing on the LoC that divides Kashmir between the two countries.