Beijing: The most auspicious and romantic day in 10,000 years for weddings in China turned out to be a big flop as many couples who vowed “until death do us part” filed for divorce barely days later. 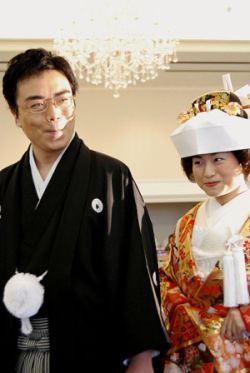 Several couples tied the knot Jan 4, considered an auspicious day because it sounds like “forever love” in spoken Chinese, the China Daily reported.

However, many couples got a divorce just after a few days.

Around 7,300 couples were married in Shanghai on that day, which witnessed a marriage boom for its auspicious meaning.

A couple divorced only four days later, calling their marriage “a hasty decision”.

Seven couples who registered for marriage Dec 12, which means “want to love”, have also divorced.

An official from the Shanghai Civil Affairs’ marriage administration office said “flash divorces” among young couples was on the rise as their love does not have a strong foundation and they don’t take their marriage vows very seriously.

People born after 1980 were pampered by their parents as China’s one-child policy took effect, and they tend to be more self-centred and less tolerant in a marriage than those born earlier, the official said.

“When disputes erupt, neither the husband nor the wife is willing to compromise because they grew up in a similar environment” of a one-child family, she said.

In Nanjing, about 5,700 couples married on Jan 4, but many returned to the registration office the next day seeking divorce.

“They don’t even know the reason for a divorce,” said an official at the Qinhuai district marriage registration centre.

Many Chinese have a fascination with numbers, which they believe play an important role in every aspect of life. The number 8, which sounds like the word “prosperity” in Mandarin, is particularly auspicious.