When I called back home to tell dad about my upcoming week long holiday in New Zealand, he dismissed it, saying “What new are you going to see? Isn’t it like Himachal?”. He encouraged me to go somewhere else and see things I haven’t already seen. 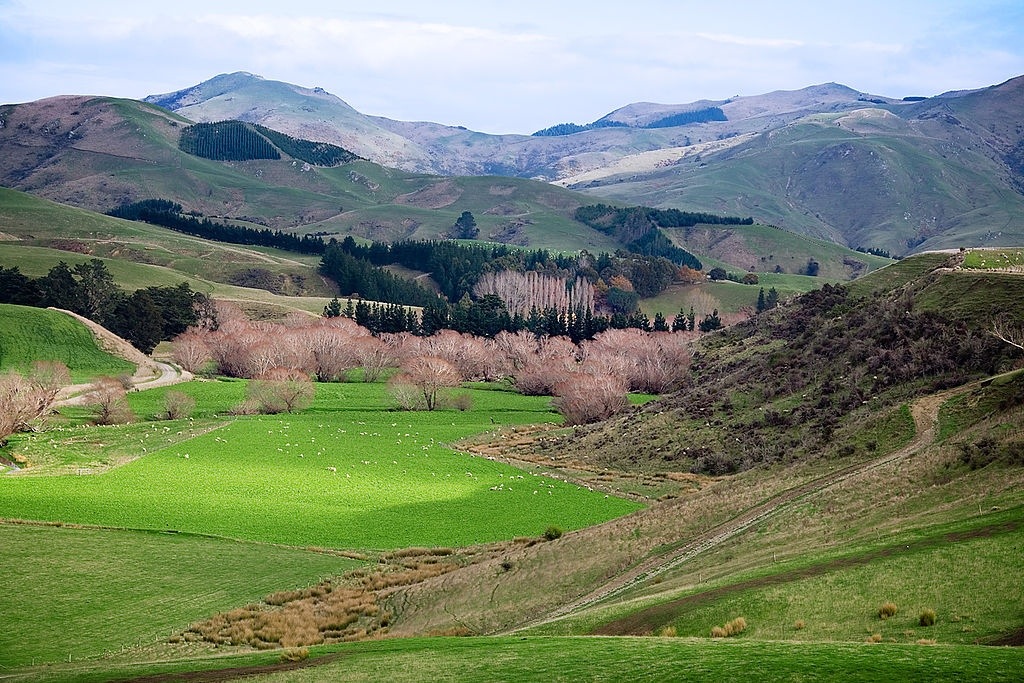 Dad did not stop short of even calling Himachal more beautiful and a true representation of what mountains looks like. I did not disagree. I was born and raised in a small town in Himachal and majority of my life was spent there. Those years have left me with a permanent love of the land and longing to be able to go back someday, for good.

Discussing what dad said on the phone with my wife that evening, I was already sort of regretting my decision of booking everything in advance and spending so much, when there would be nothing ‘new’ to see. We decided, now that the money has been paid lets stick to the plan. Adventure sports anyways was not on our itinerary because experience tells me that running behind a 14 month old kid all day is in itself a much bigger adrenaline rush.We touched down late in the night and went straight to the hotel.

Observation No 1: Kiwis are proud of what they are known for. Cows, Sheep, Natural beauty and honeybees are well represented in advertisements everywhere.

Observation No 2: All taxis on the airport were hybrid cars, zero pollution. We were driven around in a Prius.
Slight nip in the spring air and warm sunshine greeted us on the first morning. The day was spent roaming around the city of Auckland and hence I do not have much to write about it.

Observation No 3: Kiwis are nice people, courteous, respectful of other cultures and laidback. Another parallel with Himachal, I thought to myself. Maybe its the mountains that give people who live in their vicinity these affable traits. The city itself was unhurried and calm, had a huge hill right in the very middle of it, Mt Eden which is sacred to the local Maoris. A beautiful oasis of calm and green surrounded by urbania. Our itinerary was a bit broader than the city and included a roadtrip to the tip of New Zealand’s north island.

And, thats when my brain switched from ‘holiday numb’ to ‘is himachal a hidden NZ?’

Observation No 4: New Zealand has some of the best roads I have driven on. Owing to the economic prosperity of the country, thats not a surprise. But, then these roads were making tourism possible, enjoyable and remote areas accessible.

We in Himachal have a long way to go, a very long way indeed. Himachal infact has better roads than most other states of its size in India, but they are not roads one can rely upon, they are at the mercy of the elements and easily overlooked.

I was unable to make up my mind of what to enjoy more, driving at speed on the traffic less road or enjoying the nature’s generous gift to this small country. Lush green grass dotted with spring flowers in full bloom were a treat and simply impossible to ignore. So, I took the second option and made frequent stops to click enough photographs. Once out of city limits, we saw ourselves travelling through small mountain hamlets. Complete with grazing cows, lazing village folk and playing children. Reminded me of villages in some parts of Kangra, really.

Observation No 5: Green is what I wanted to see in New Zealand, Green is what I saw. It actually helped that New Zealand lives upto the images in my head, images that sometimes also represent an ideal himachal. Like Himachal used to be while I was still a kid.

The place we visited ‘bay of islands’ was on the coast, but was also mountainous with cliffs aplenty. It was a little surreal to be honest, seeing mountains and the sea so close to each other. Definitely touristy, the place was what some of our more touristy hill stations of Manali, Kasauli and Dharamsala feel like, buzzing with camera wielding visitors, shops selling all kinds of stuff catering to people from outside and a general happy vibe. The striking difference was that this small place inspite of all its visitors managed to keep itself clean. Litter was nowhere to be seen, clean streets, spotless clean.

I am not even talking about India here, I am just concerned about Himachal. A state small enough to try something as an experiment and big enough for it to be impactful. We just need a tougher No Litter law. After all how difficult is to keep our small towns clean? We are not talking about Delhi and Mumbai and their multitude of millions, we are talking about smaller more manageable towns like Solan, Palampur and Kangra. Also people in Himachal follow the law most of the time, it just has to be evident and conspicuous. 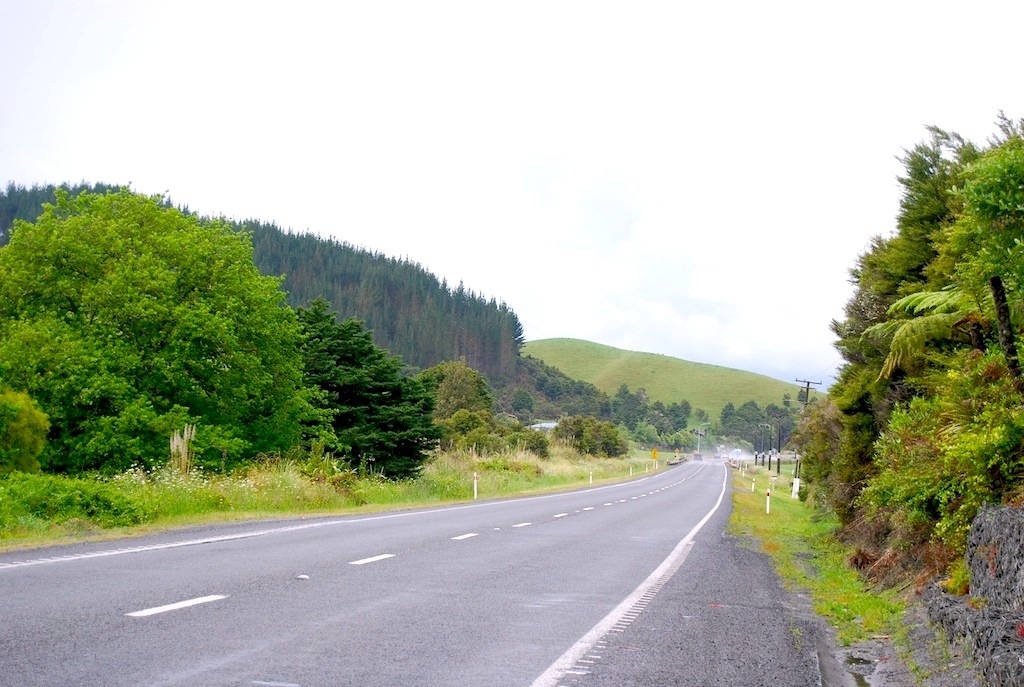 Observation No 6: Everyone drove their cars with a wonderful and courteous sense of traffic, no rush, everyone follows the rules. Easier to believe, right? Its New Zealand afterall. I will ask you a simple question. What is stopping drivers in Himachal from doing it? We have our own traffic rules. We do not have to travel great distances within the towns. We are pretty unhurried otherwise. Then why? Why can’t everyone in Himachal follow simple traffic rules and not make a mess of all town squares?

I think Govt of Himachal should just take a lead here and set some basic traffic rules in stone, enforce them. Himachalis are a nice bunch, rule abiding citizens. If you don’t believe anything enforced would be popular, just look around ifyou are in Himachal and please find a polythene bag for me. See.

After spending a couple of days in the small town wesaid goodbyes and started back to Auckland. The habit of always taking the less travelled back roads while travelling overcame the urgency to reach the hotel room. Driving through the back roads again gave the eerie sense of deja vu, as if its himachal. But the comparisons stop at mountains and hills and rural settings.

New Zealand is very very different, understandably so because its adifferent country, you would think. No, not just that. If we keep the whole developed, developing debate aside and look at two land masses blessed with beautiful landscapes and lovely weather and enormous potential for tourism, we are infact looking at two equals. The difference is how our huge beautiful landmass is being treated / used / marketed.

Anyone can tell that Himachal is a tourist mecca, its beautiful beyond compare, even in my dad’s initial comment. But how many people actually talk about the whole mechanics of tourism experienced while in Himachal. Have we made finding information about great places and ‘things-to-do-while-in-himachal’ easier? Have we created an infrastructure that encourages tourists to come again and again? Have we done a good job of making sure they are having a good time in the hill state?

The answer, atleast according to me is, NO. The fact that one of my American colleagues could not find a taxi service that she could book beforehand in Shimla, without running into touts is a glaring example, left me embarrassed. I am not naive, nor am I a person too engrossed is nostalgia to look at reality. I am someone who is 30 years of age and a firm believer of the fact that a willing, forward thinking government and an enthusiastic, helpful junta can do wonders together.

If a look at HPTDC’s website is not horrific enough, try making calls to a few numbers listed there. Hard to believe tourism is our big source of revenue, both direct and indirect. I hope they soon realize that world over successful tourism organisations are involved not just in destination marketing, but also destination management.

Take a look at HPTDC’s website and then Northland’s website, on which I planned my trip down to the last detail and booked everything. Nothing stops the government of himachal to think about the long term making sure the support services for tourism are in place.

Ok, hybrid cars are a long shot but nothing stops the government to atleast legislate or reward use of non-polluting transport. Delhi has CNG, why can’t Shimla? I know there are logistical issues but hey. The irony is Deptt of Environment, Govt of HP does not even discusses this possibility in its ‘State of the Environment report’. If we are serious, I am sure there are many willing parties all over the globe to invest. Himachal has to sell itself hard in the Carbon Market, thats all.

I left New Zealand thinking about all of this. Wondering if tourists from elsewhere leave himachal impressed like I was, by not just the abundant gift of nature to New Zealand but also the efficient and always there tourism infrastructure.

Feeling a little sad that Himachal has infact changed beyond recognition, slightly for the worse. For how long do we expect the boon of natural beauty to be a saving grace and hide our inefficiencies?

Its about time we took a long hard look at the present and plan about not just the next election cycle but what Himachal would be in 20 years time. Its time we felt proud like Kiwis are of their legacy.

Its time Himachal strived to be the best tourist destination in the world. Believe me, if we start now we can get there.

Sharad was born and brought up in the quiet Himachal town of Bilaspur.

A lover of everything about the hill state and Himalayas, he blogs about Himachali culture and also about technology.

A self confessed geek, Sharad works for Google and lives with his wife and toddler son in Sydney and spends his free time reading and writing.