Bhubaneswar  (IANS) A demonstration was staged at Rayagada in Orissa to demand an immediate resumption of bauxite supplies to Vedanta’s alumina refinery at Lanjigarh to protect the livelihood of thousands of people. 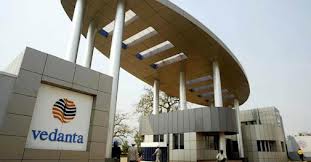 The demand was made after a peaceful protest Thursday by over 500 labours who staged a demonstration at the Daikhalu Railway Station in Rayagada district of the state, some 360 km from here.

Bauxite used to be first transported by trains to Daikhalu station, 12 km from the refinery, and then taken in trucks. The road transport process engaged more than 1,000 people including the truck owners, drivers and labourers.

“Thousands of people were engaged in bauxite unloading and were earning Rs.5,000-15,000 per month. But the closure of the unit and stoppage of bauxite transportation has left them unemployed,” said Chandra Behera, president of Bauxite Unloading Shramika Sangha.

Vedanta had to close its one-million-tonne-capacity alumina refinery at Lanjigarh since Dec 5 due to shortage of bauxite, the raw material for alumina.

“I used to earn Rs.2,000 per month. But after I was engaged in transporting bauxite, I started earning Rs.12,000 per month. Now who will provide me livelihood,” queried an aggrieved worker over phone from Daikhalu.