Washington (IANS) After nearly a century of debate on whether heart muscle cells are generated after birth or they simply grow larger, researchers now say children and adolescents too generate these cells. 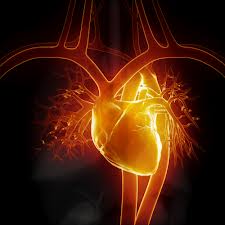 The first ever finding refutes the long-held belief that the human heart grows only after birth and exclusively because existing cells grow larger, thus opening the way to growing new cells to repair injured hearts.

Beginning in 2009, Bernhard Kuhn and his team from the Boston Children’s Hospital looked at specimens from healthy human hearts, aged between 0 to 59 years, the journal Proceedings of the National Academy of Sciences reported.

Using several lab essays, they documented that cells in these hearts were still dividing after birth, significantly expanding the heart cell numbers, according to a Boston statement.

The cells regenerated at their highest rates during infancy. Regeneration declined after infancy, rose during the adolescent growth spurt, and continued up until around age 20.

The findings offer the strongest evidence to date that proliferation of cardiomyocytes (cells making up heart muscle) contributes to growth in healthy young human hearts.

“For more than 100 years, people have been debating whether human heart muscle cells are generated after birth or whether they simply grow larger,” Kuhn said.