New Delhi (IANS) The All India Tennis Association (AITA) here Friday selected a fresh team for the upcoming Davis Cup tie against South Korea from Feb 1-3, after a truce could not be made between them and the Somdev Devvarman-led rebel players. 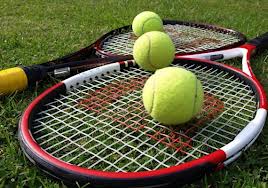 Earlier, AITA had set a Friday deadline for the players to make themselves available for selection.

Eight players had threatened to boycott the Davis Cup tie if their demands were not met. Devvarman, Mahesh Bhupathi, and Rohan Bopanna along with five others signed a statement against “certain practices observed in the management of the Davis Cup squad” in what they said is an effort to improve Indian tennis.

The players’ demands included: 1) The team should comprise of six players to ensure adequate practice partners. 2) The decision-making process for choosing the surface and venue for home ties should involve the participation of all active players. 3) Team management should include a common team physio-therapist and coach. 4) A revised agreement should be made for the distribution of Davis Cup prize money.