Mumbai (IANS) Megastar Amitabh Bachchan, winner of several national and international awards, suggests that an award should be instituted to honour the best award show. 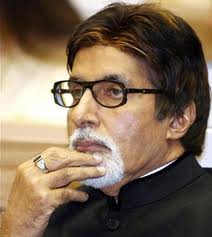 “Me thinks there should be an award for the best award show put up… and the judges – those that have won awards through the years,” Amitabh tweeted Sunday.

The 70-year-old enjoys attending award ceremonies as they are “great fun”.

“Award ceremonies are great fun, the anticipation of the announcement, the build up to the name being disclosed, the applause when it does, the walk up to the podium… The greetings for the one giving it… The speech after… The walk down and back… The change of direction to the room of ‘bites’. TV and still photographs… Some pleasantries for other colleagues,” Big B posted on his blog srbachchan.tumblr.com.

But with all the enjoyment and fun, the award functions also bring some fear.

“Great fear though of attending such shows… The uncertainty of which expression of yours they shall cut and paste for which moment for TV,” he posted.

Amitabh received a special award at the 19th Annual Colors Screen Awards Saturday night. He was selected as Iconic Legend through an all-India poll.