Patna (IANS) Indicative of its impressive growth, Bihar’s per capita income has almost doubled since 2004. But it is still well below the national average, a state minister says. 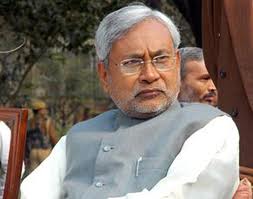 Planning and Development Minister Narendra Narayan Yadav said that Bihar’s per capita income in 2011-12 was Rs.15,268, which was still far behind the national average of Rs.35,993.

The per capita income figures were published in Bihar Statistical Handbook, 2012, and Bihar Through Figures, 2011, released earlier this week. “Both the books contain statistical figures on various aspects of socio-economic growth in the state,” the minister added.

Yadav said that the state registered an economic growth rate of 21.9 percent during the 11th Five Year Plan (2007-12) and the rise in income level was a healthy sign for the state.

According to a recent Planning Commission report on the economic performance of all states, only Sikkim and Goa, which are much smaller than Bihar, performed better on the economic front in 2011-12.