New Delhi (IANS) The new year could see the balancing of trade between India and China a bit. 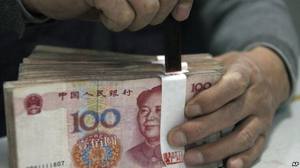 Among these, market access for Indian companies in China is a major concern for commerce ministry mandarins, who are otherwise confident of reaching the target of $100-billion bilateral trade by 2015.

“The problem for the sustainability of this trade is that India’s trade deficit with China jumped to nearly $40 billion in the last fiscal year,” Asit Tripathy, joint secretary in the commerce ministry, told IANS on the sidelines of an event organised by the India China Economic and Cultural Council to promote the first China-South Asia Expo to be held in June in Kunming, capital of China’s Yunnan province.

The deficit has widened over the last two fiscal years due to lower Chinese import of iron ore and copper that account for almost half of India’s exports to China.

As a corrective measure, India has offered a large range of products from drugs and medicines to diamonds, seafood, and agricultural produce like rice and beef, textiles and light engineering goods to China to balance massive imports of manufactured goods from that country.

Indian officials have presented to their Chinese counterparts a list of 916 items that could be sourced from India.

India wants greater access for its value-added products and wants China to increase government procurement in sectors such as pharmaceuticals.

“Up to this point there has only been some response on the pharmaceutical sector and a few agricultural products,” said Tripathy on the status of the long list of goods for market access.

On most products and sectors there is however nothing forthcoming from the Chinese, he said.

He was hopeful that the first joint working group meetings would help begin progress on the market access for Indian goods.

“On the trade deficit with China one must consider that we are also importing products that are required here in India,” Tripathy, a negotiator with the Chinese, said, giving a rounded perspective on trade deficit.