New Delhi (IANS) Preparing to deal with any future chemical, biological, radiological and nuclear (CBRN) incidents, Indian scientists have devised 16 drugs that can be used for disaster management. These include an anti-cyanide drug, an anti-nerve gas drug and an anti-toxic gas drug

Several radioactive decorporation agents and drugs for anti-cyanide, anti-nerve gas and toxic gas injuries have been approved by the Drug Controller General of India as trial drugs. 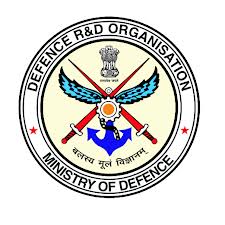 Developed by scientists at the Defence Research and Development Organisation (DRDO) Institute of Nuclear Medicine and Allied Sciences (INMAS) here, the drugs have passed the efficacy test and will be cheaper than those currently available in the market.

“Sixteen new drugs have been approved by the Drug Controller General of India (DGCI) as trial drugs for disaster management. These include an anti-cyanide drug, an anti-nerve gas drug, an anti-toxic gas drug and several radioactive decorporation agents,” Aseem Bhatnagar, in charge of the project at INMAS, told IANS.

These will be used as samples for the users, including the armed forces, the paramilitary, the National Disaster Management Authority (NDMA), the Department of Atomic Energy (DAE) and the Ministry of Health.

“Batch production of these drugs is being undertaken in collaboration with the pharmaceuticals industry through contract manufacturing. About 50,000-200,000 doses (licensed for human use) are expected to be manufactured by March 2013,” Bhatnagar said.

The DGCI approvals cover all-India use for 15 years for any number of victims.

Since there cannot be proper phase two trials of drugs useful in disasters, their use in any future incident has been approved as trial drugs due to a legality.

“These shall also be used for continuing clinical trials and for stockpiling. This is necessary to effectively plan stockpiling cost and perpetually (it is envisaged to provide the drug at cost price to the users). The average cost price is expected to be less than 15 percent of market price in all cases,” Bhatnagar said.

Several of these drugs have been patented by the defence ministry.

“The contract has been given to pharmaceutical companies to ensure that quality checks and pricing remains the prerogative of the defence ministry. Besides, adequate stocks can be retained in a cost-effective way and companies can initiate mass production in case of a disaster without any time wastage,” Bhatnagar said.

INMAS previously made and supplied drugs against nuclear, biological and chemical (NBC) incidents during the 2010 Commonwealth Games and to meet an emergency requirement of the Indian Navy.

“We also plan to keep some with the Delhi Metro Rail Corporation (DMRC) for usage during any disaster,” Bhatnagar said.

Scientists say that research and development and coordination will enhance the shelf life of NBC drugs by 60-100 percent and this project is planned in coordination with other government agencies.

“A mission mode project is planned to establish nuclear security in the national capital region by way of drugs, equipment and training to six echelons of medical services around Delhi under a project for seven years,” Bhatnagar added.

INMAS had developed a skin radioactivity decontamination kit (shudhika) that was given for production to a company in Pune.

“Its market cost is more than Rs.12,000 and we are developing it for just Rs. 1,000 (less than $2). Five hundred such kits will be made available to users, including the services, as samples by March,” Bhatnagar said.