Mumbai (IANS) Filmmaker Mahesh Bhatt, whose production house has churned out bold films like “Murder” and “Jannat”, has slammed those who blame his kind of cinema for crimes against women, and has dared anyone to pinpoint any of his films where the woman was commodified. 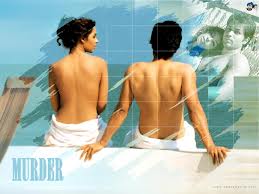 “I personally feel that if you just go through the body of my work, I have never, never looked at a woman as a commodity. I dare anybody to pick any film of mine and say that here the woman was a commodity,” the 63-year-old said here today at the launch of the first look of “Murder 3”.

“Whether it was ‘Arth’ that showed Shabana Azmi, whether it was ‘Swayam’ which dealt with widow (played by Waheeda Rehman), Pooja Bhatt in ‘Daddy’ and ‘Tamanna’ and even the ‘Murder’ girl (Mallika Sherawat),” he added.

Bhatt says it’s just the way the audience chooses to look at his films.

He claims that “Murder” was not a titillating movie. Rather “‘Murder’ was about a woman who says, ‘I will not whine and cry in the corner of my bedroom because my husband doesn’t have time for me’,” said Bhatt who produces films with his brother Mukesh Bhatt under the banner Vishesh Films.