Mumbai (IANS) He has a filmography of 150 and enjoys superstar status but actor-filmmaker Kamal Haasan says he is a dissatisfied man. He wants to learn and achieve more on the creative front and also wants his movie business to flourish.”If I have the sense of satisfaction, I won’t be working or giving this interview. There is a lot more to learn and I am a dissatisfied man. I am happy, but not content,” Kamal told. 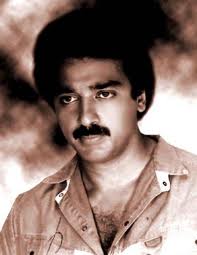 “I came as a technician first and by default I became an actor. But I am happy and not complaining,” he added.

The multi-faceted star, who is a National Award winner as well as a Padma Shri awardee, is afraid of losing his zeal to perform.

“Achievements are decided by people and I think necessity is the mother of invention. I live by the necessity, but somebody will call it as invention or achievement. What scares me most is when I lose the need to perform with the excitement of any creativity. If it happens, I will live with it too. I will find something else,” he said.

He started as a child artist in 1960, and established himself with movies like “Moondram Pirai”, “Saagar”, “Sadma” and “Pushpak”.

Currently he is looking forward to the release of his next Tamil film “Vishwaroopam”, which will release as “Vishwaroop” in Hindi. Directed by Kamal, the film is coming out Jan 11 and the cast includes Shekhar Kapur and Rahul Bose.

Kamal, whose daughter Shruthi too is in showbiz, rues how almost all actors across the board have become “businessmen”.

“Most stars are businessmen. The moment you become a star, you are talking about money and fame. It’s not about the content or artists’ skill any more. Always the collection matters. The numbers have now increased to match along with the population,” he said.

Having said that, he admits that if “Vishwaroopam” doesn’t cross Rs.150 crore, then it’s a failure for him.

“If this film doesn’t cross Rs.150 crore, then it is a failure for me. I would call it a weak attempt if it doesn’t. It has to cross Rs.150 crore, and we really hope that we cross in the first week itself,” said Kamal, who has made lavish films like “Hey Ram” and “Dasavatharam”.

“It’s the most costly project and ambitious too by virtue of what we have tried to achieve and the ambition was realised because of the technicians. I have the best team working with me,” he said.

At 58, he still feels he is a part of the competition.

The star culture is different in Bollywood and the southern film industry, he admits.

“Yes, it is different. People are the same. The love is unanimously the same,” he said, adding that fans in the south show their love by “building a temple”, while in Mumbai “we have some religious rituals”.

“Pooja happened when Amitji (Amitabh Bachchan) was unwell. They don’t make a big fuss about it because not all the actors here are politicians. There (south) politics and cinema are very closely related and that’s why you feel the difference.”

Do you discuss your films with family members?

“It depends on who is qualified. I have meetings with qualified people first and then take a general view because not everyone in my family is qualified to make films,” said the actor candidly.