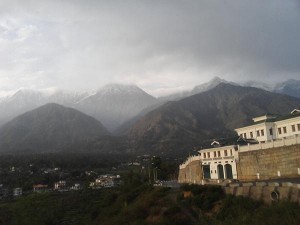 Shimla: In the back drop of ongoing elections to Pancahayati Raj institutions, the 4 day winter session starting at Dharamshala from Monday is expected to be a stormy one.

With a section of congressmen having blamed their own legislators about going soft on the BJP government during the monsoon session and proving to be an ineffective opposition, Kaul Singh Thakur, fresh with a new term as state congress president, let his intentions be known.

“We have sought a discussion about the various acts of omission and commission of the BJP government,” said Kaul Singh after having meeting party legislators. “Issues that will prominently figure in the session are the major examination scam in HP school education board, government protection for an active land mafia, corruption and tolerance of corruption,” he said.

To counter the opposition, the ruling BJP party is set to play up the mega scams of the congress led UPA government and bring up a case of causing Rs 4 crore loss to the state exchequer by the previous Virbhadra Singh let congress government. 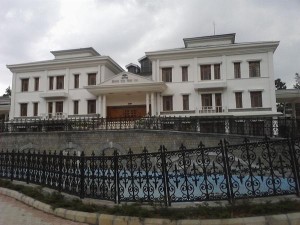 Speaking to media persons at Dharamshala, chief minister Prem Kumar Dhumal said congress has to let the people know why it did sell land of government owned Himalaya Fertiliser factory for Rs 3.5 crore when the buyer within 6 months resold the same land for Rs 7.80 crore making a clean profit of over Rs 4 crores.

Refuting allegations about commercialisation of education, Dhumal said that the government had not sold any land to private universities coming up in the State.

The chief minister laid the blame for shortage of gas supply at the central government saying LPG was in short supply due to mismanagement of the union government. He said the states quota of rations and kerosene had been drastically reduced.

Reacting to the oppositions plans in trying to embarrass the government over corruptions and the education scam, he said, “before pointing fingers at others, congressmen need to take a deep look at the functioning of the central government.”

About the HP School Board fake certificate scam, Dhumal said the government was awaiting another report. “We are having first report examined and it appears that the practice has been going on for many years and the government would take appropriate steps to ensure that incidents do not take place again,” he said.

Speaking about the legislative business marked for the session Ravinder Ravi, IPH minister, who is also incharge of parliamentary affairs said, “a total of 22 bills would be presented during the session, with most of them being amendments to existing laws.”

Besides responding to the various notices served on the speaker, the government is also set to bring forth bills for setting up two private universities as it had come out with ordinances earlier to get the new institutions started.

With the three phase panchayat polls due to be held by the month end and early next year, the winter session is likely to throw up issues that would spin out and become part of the electoral contest at hand.