Sualkuchi (IANS): In Assam’s Sualkuchi village, the rhythmic click-clock of the loom reverberates everywhere. Every house has a loom and in it the xipini, or weaver, weaves exotic mekhla chadors, the traditional Assamese attire, with an adept hand. Of late, there has however been a decline in the number of weavers, as weaving is no more seen as a paying proposition, changing the warp and weft of ‘the silk village’.

Weaving is an art and in Sualkuchi this is ingrained in a child’s curriculum and given as much importance, if not more, as going to school.

Forty-year-old Gautam Chandra Das of the village says that he and his siblings were made to sit and weave after school every day by his parents. “There was no other option. We were a family, a village of weavers; so each of us had to learn how to weave. It was a life skill and so, every day after school we sat and learnt,” said Das reminisced to a visiting correspondent.

Things have however changed. 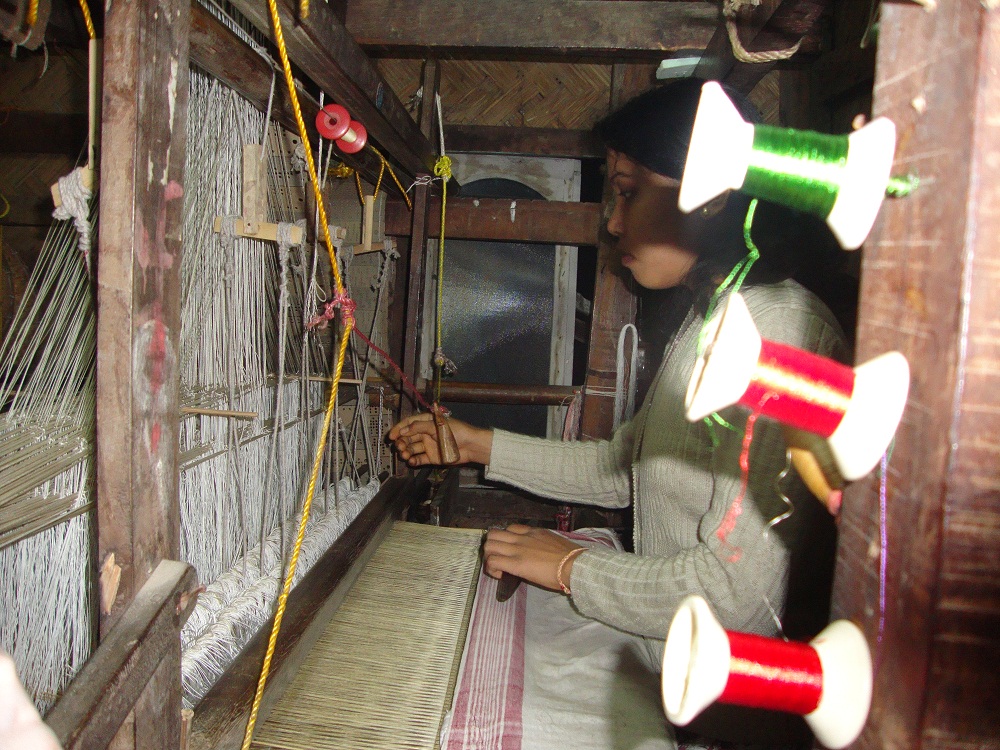 “These days weaving is not given as much importance. Weaving does not pay well; so parents concentrate more on children’s education so that they get a good job, maybe in the city, later. In the bargain, weaving has suffered,” he says.

Situated on the banks of the mighty Brahmaputra, Sualkuchi is about 35 km from Guwahati. Das, who owns 10 looms and supplies mekhla chadors to shops in Guwahati, said that the total number of weavers in the village has come down from 25,000 to below 10,000.

Shops across the state, and some beyond, get their products from Sualkuchi.

Simanta Baruah, a mekhla chador shop owner in the village said, “Skilled labour is on the decline. My generation didn’t think about anything else; weaving was the family tradition, but it’s different with my children. They want more lucrative options… can I blame them?”

Krishna Boro, a 19-year-old, is a weaver. Her mother and sister weave too.

“My sister and I were taught weaving since we were kids. We have grown up seeing our grandmother, mother, aunts and cousins weave. It was the most normal thing for us to do,” Boro said, when asked how she got into the trade.

Boro earns about Rs.4,000 a month and says that they manage to just about run the house with all their earnings put together.

“I did not complete my education, but some of my friends who did now work under government schemes like the NRHM (National Rural Health Mission). They are in better jobs… here, we get wages on a weekly basis, and if someone has woven a more complicated design, she gets paid better,” Boro said with regret.

Her mother, however, has no such regret: “Weaving is like breathing to me. The warp and weft come naturally and there is no greater thrill than seeing a design come alive. I cannot imagine doing anything else”. 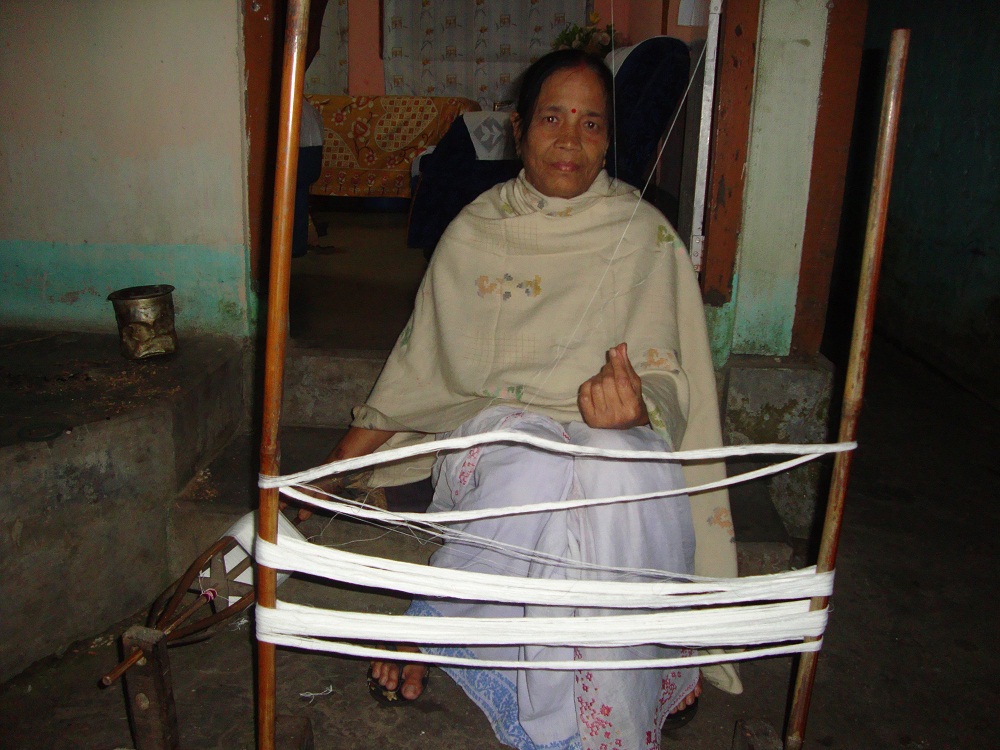 Not only does the difference in opinion between the two generations highlight the threat to the hand weaving industry of Assam but so do power looms.

“A weaver takes three-four days to weave one mekhla chador, while power looms take much lesser time. They can also imitate designs and produce in bulk,” said Das. He added that power loom would not work for him because its cloth tears easily.

At times Chinese silk is used instead of the indigenous silk — Assam is known for its muga, eri and pat silk — which also brings down the price of the cloth, sometimes by as much as three times.

A ray of hope in this scenario may be innovations like the Chaneki, a device introduced by the Central Silk Board as part of its loom upgradation programme, to maximise the skill of weavers and increase productivity of the loom.