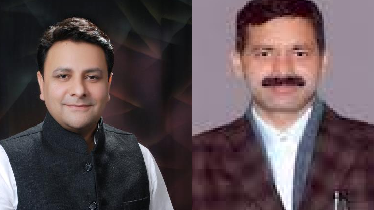 At least two legislators close to Gandhi are expected in the state cabinet to give it a fresher look, they said.

Virbhadra Singh, 78, who will take oath as the chief minister here Dec 25 for a sixth time, has already indicated that his government would be three-tiered, which means it would have cabinet ministers, ministers of state and chief parliamentary secretaries.

A party leader said the maximum strength of the cabinet in the 68-member assembly would be 12, including the chief minister.

He also said that Virbhadra Singh’s council of ministers and chief parliamentary secretaries would take oath later this week.

Gandhi is keen to induct at least two young new faces in the 12-member cabinet, according to some Congress leaders.

Sudhir Sharma (Dharamsala), Rajesh Dharmani (Ghumarwin), who is a civil engineer, and Rakesh Kalia (Gagret) are among the youth leaders whose names were doing the rounds for ministerial berths. All the three are second-time legislators.

“The possibility of induction of Sharma and Dharmani is strong,” a senior leader said.

He added that they might be initially made ministers of state but later elevated to cabinet rank.

Legislators like Vidya Stokes, Kaul Singh, G.S. Bali, Asha Kumar, Dhani Ram Shandil, Mukesh Agnihotri and Karan Singh are also expected to find place in the government, which will have a blend of old and new faces.

Sujan Singh Pathania, former central telecom minister Sukh Ram’s son Anil Sharma, former minister Kuldeep Kumar and young and energetic Neeraj Bharti are some of the others who could get a cabinet berth.

In all probability, 84-year-old Stokes, a long-time Indian hockey administrator and daughter-in-law of an American missionary, is expected to be the number two in the government.

“The new government will be formed with the people suggested by Rahul Gandhi to gear up his GenNext team ahead of the 2014 battle (general elections),” a senior party leader said.

Before taking oath, Virbhadra Singh was summoned by the party’s central leadership in New Delhi Monday to discuss the Himachal government formation.