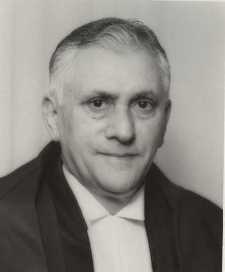 An official press release said the tribunal, which shall also consist of other members, who are experts in the field of environmental and related sciences, has been empowered to issue directions for the compensation and restitution of damage caused from actions of environmental negligence.

This is the first body of its kind that is required by its parent statute to apply the “polluter pays” principle and the principle of sustainable development.

Minister of State for Environment and Forests Jairam Ramesh said the erstwhile National Environment Appellate Authority had ceased to exist with the launch of the NGT. All the functions of the authority would be transferred to the NGT, he said.

Mr Ramesh said the NGT would follow various decisions of the Supreme Court and 186 Reports of the Law Commission. “There are 5000 cases today in various High Courts and District Courts today,” he said.

The Minister said the NGT would have 10 expert members, who would be appointed soon.

He also said that the National Environmental Protection Authority (NEPA) would be constituted soon and said the two bodies would constitute the pillars of the reformed system of environmental governance in the country.

The Ministry of Environment and Forests also intends to organise workshops in rural areas to educate people about issues of access and procedure related to the NGT in a few weeks, he added.

Justice Panta, who retired as a Supreme Court judge this year, hails from Paraunti village in Jubbal, a part of Shimla district in Himachal Pradesh

Having obtained his LLB degree from Delhi University in 1970, Justice Panta remained advocate general of Himachal (88-89), a judge of HP high court (91-95) and was elevated to the Supreme Court in February 2006 before retiring this year.