Washington: About 75 percent of Africa’s savannahs or grasslands and more than two-thirds of its lions have disappeared over 50 years, according to an American study. 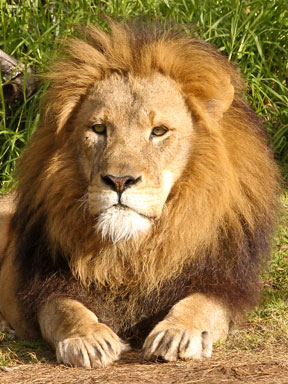 The study, led by Duke University researchers, estimates the number of lions now living on the savannahs to be as low as 32,000, down from nearly 100,000 in 1960. The liona in West Africa have experienced the greatest declines.

“The word savannah conjures up visions of vast open plains teeming with wildlife,” said Stuart Pimm, professor of conservation ecology at Duke’s Nicholas School of the Environment, the journal Biodiversity and Conservation reports.

“But the reality is that massive land-use change and deforestation, driven by rapid human population growth, has fragmented or degraded much of the original savannah. Only 25 percent remains of an ecosystem that once was a third larger than the continental United States,” added Stuart, study co-author, according to a Duke statement.

Pimm and colleagues used high-resolution satellite imagery from Google Earth, coupled with human population density data and estimates of local lion populations, to map areas still favourable to the big cats’ survival. They identified only 67 isolated areas of savannah across the continent with suitably low human impacts and densities.

“The next 10 years are decisive for this region, not just for lions but for biodiversity, since lions are indicators of ecosystem health,” said Andrew Jacobson, a member of Pimm’s lab.

“This research, which is the most comprehensive assessment of lion numbers to date, is a major step in helping prioritise funding strategies for saving big cats,” said co-author Luke Dollar, former graduate student of Pimm.

“Of the estimated 32,000 to 35,000 lions, more than 5,000 of them are located in small, isolated populations, putting their survival in doubt. The research will help us better identify areas in which we can make a difference,” added Dollar.

The research was funded by National Geographic’s Big Cats Initiative, a long-term effort to halt the decline of big cats in the wild through assessment efforts, on-the-ground conservation projects, education and a global public-awareness campaign.