Beijing: The internet should be regulated since “exposure of private data as well as illegal online activity have destroyed the positive environment of this new medium”, a state-run Chinese daily opined.

An article in the Global Times said internet had “changed the world, including the lives of Chinese people. We treasure its merits and will maintain its positive impacts on society’s development”. 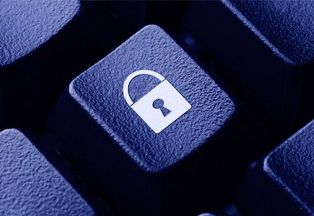 “However, due to the complicated nature of exposure on the internet, we must strengthen regulations over it,” it said.

It added that internet delivers the “message of freedom of expression to most Chinese people and is playing an irreplaceable role in China’s democratization process”.

The daily said that people would be concerned if any strict regulations devalued it. “Therefore, while other countries have legislated to regulate the internet, China has still been thinking about it.”

Stressing that China’s legislation on the internet has been moderate so far, it noted: “Problems caused by the internet have been accumulating. It advocates individual freedom, but at the same time severely damages it. The exposure of private data as well as illegal online activity have destroyed the positive environment of this new medium.”

It admitted that opposition against internet regulations has been fierce.

“Opinions on the internet are always radical and Western views are highly politicized. China’s regulations over the internet should focus on one specific question: Whether these regulations benefit the internet’s long-term development and whether they help promote human rights and democracy.

“It is time to regulate the internet. Such a view is actually embraced not only by the authorities but also by the public who fear that their privacy may be intruded upon,” it said.

The daily observed that though the internet is virtual, “it reflects the reality of society”.

“The importance of the internet is rising, while it (imbibes) users with a tendency to abuse power. As it has become a platform of mainstream opinions, it should be strictly regulated,” it added.