New Delhi: Boldness may be nudity for Bollywood. But for Indo-Canadian filmmaker Deepa Mehta, being bold simply means bringing heart-touching stories on screen without worrying about the consequences.

“I think you can’t become too self-conscious about being bold. I think if I ever said that ‘I want to make a film, which is bold’, it would ruin the reason for making a film. The only reason one should make a film is because you care deeply for the project and I have said this often earlier… that it is always the stories that move me,” Mehta said here in a group interview. 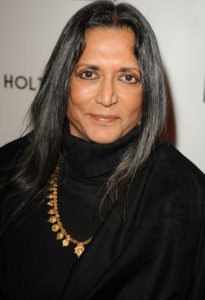 Ready with “Midnight’s Children”, a movie adaptation of controversial author Salman Rushdie’s eponymous Booker Prize-winning novel, Mehta says she has never been fearful. The movie was screened at the International Film Festival of Kerala earlier this month.

The same was the case when she dealt with the subject of lesbian relations in “Fire” in 1996, or when the lives of widows in pre-independence India motivated her to make “Water” in 2005.

Her state of mind for “Midnight’s Children”, which takes cues from historical facts of British colonialism in India to independence and the partition of India in 1947, was similar.

“Whether the stories are difficult or easy, it is all a process of exploration. And I think that anybody who wants to make films should only do so if they feel very passionately for the stories. Whatever moves you, you want to tell,” she said.

“Who knows what is controversial or not – I don’t think anyone can ever write down that ‘xyz’ can be controversial. I never thought so when I set out to tell a story about widows… it was a story told before through Raj Kapoor’s ‘Prem Rog’ (1982). Nothing happened back then.

“(So clearly one wonders) Is it about the subject or about people using politics? It is very complicated, and I think I do the films that I do because I love the stories, and I feel that holds true for all the people who are doing these (controversial) films now. I am sure a person who does a ‘Dabangg 2’ also believes in his work. So it (boldness) is just about that.”

For “Midnight’s Children”, which will be released in India by PVR Pictures in February next year, the 62-year-old has already courted a bit of flak – for showcasing former Indian Prime Minister Indira Gandhi in poor light, as well as for showing the Indian map sans Jammu and Kashmir. But Mehta is unmoved.

“At this moment, I would like to focus on the fact that today ‘Midnight’s Children’ has gone through the censor board without one cut, and that is amazing. The fact that PVR is taking pains to make this available to the audiences is wonderful. I didn’t have such support with ‘Fire’, ‘Earth’ and ‘Water’,” she said.

Mehta has other reasons to be happy as well – the changing face of Indian movies.

“There are a few films that I saw this year ; ‘Shanghai’ and ‘Gangs Of Wasseypur’, were fascinating – their conceptual drive was interesting. I am a big fan of Vishal Bhardwaj and I am looking forward to seeing his new film, because the fact is that all these projects are turning the concept of cinema in India upside down.

“The fact that they can actually be seen in theatres and not just online or through pirated mediums is fabulous. It shows that there is a maturity in the need and desire for consumption of good cinema. And there are some really great things I have seen in current Indian cinema. Also, the fact that they have gone through the censors and there hasn’t been much brouhaha about it is great. And to top it, producers are willing to take the risk and put them out,” Mehta added.