Shimla: Himalayan resorts were in the grip of an intense cold wave as popular tourist resorts of Manali, Kufri, Narkanda, Chail and Dalhousie wore a cover of fresh snow that started falling early yesterday morning, disrupting traffic at several places in the higher hills.

Meteorological director Manmohan Singh said that most hill resorts had received moderate to heavy snow since the morning. “More snow is forecast over the next two days,” he added. 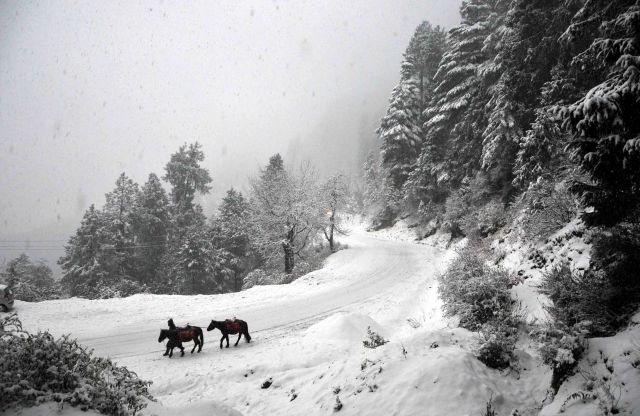 Widespread intermittent rain was recorded at most places in the lower hills.

Balbir Thakur, the sub-divisional magistrate of Manali, said that the popular valley township experienced a light snowfall since early morning. Heavy snowfall was recorded at Solang Nallah, Koti, Marhi, Rohtang Pass and the higher peaks around Manali, he added.

The road over Rohtang Pass stands closed for winter, however, tourists were allowed to drive upto Koti (10 Km from Manali) to get a closer look at the snowscape, said Thakur.

Keylong the district headquarters of Lahaul has been receiving snow since Monday night. Kaza the administrative headquarter of Spiti has been cut off from road traffic from Manali. 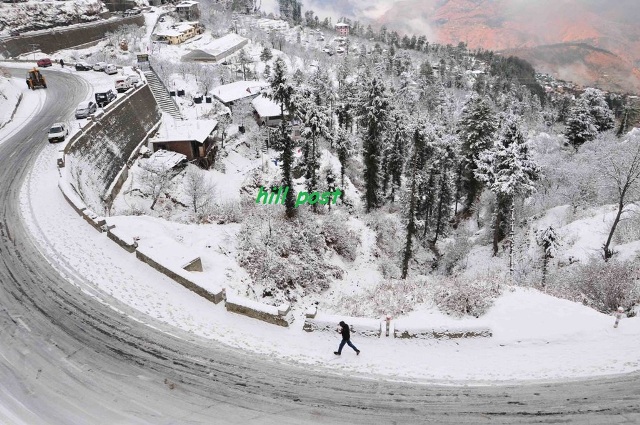 Shimla experiences fall of some flakes in the morning but it was only at Jakhu, the highest point in the city where some snow had accumulated through the day.

Kufri recorded over 4 Cms of snow and at Narkanda about 6 cms of snow had accumulate by the evening. Traffic on the Kinnaur highway that passes through Kufri and Narkanda was disrupted throughout the day.

At Dharamshala, the district headquarter of Kangra, about 7 mm of rain was recorded, with Jahu in Hamirpur recording 12 mm of rain.

The rain and snow that broke the long spell of dry weather has been welcomed by famers as the cold is considered good for temperate fruit crops like apple and the rain provides an sowing opportunity for late Rabi crops.