Shimla: A red balloon was today tethered to the roof of the British-era municipal corporation building for the first time this season, signalling as it has for decades that Asia’s oldest ice skating rink in this hill town was open.

The temperature dipped early today to 8.8 degrees Celsius, and Shimla woke up to a thick sheet of ice on the rink’s clay surface. The skaters, mainly youngsters, lost no time in trying it out. 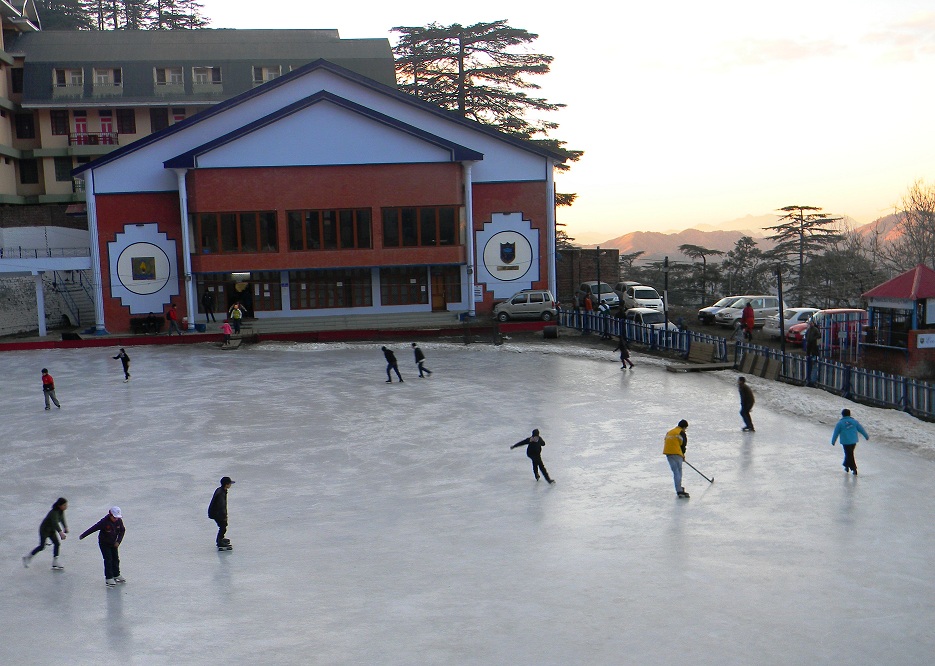 “This morning we had a trial session and it was successful. We are hoping to have regular sessions, initially in the morning, from Wednesday,” Bhuvnesh Banga, secretary of the skating club set up in 1920, told..

“What a timely start?” remarked octogenarian Subhash Negi, who came along with his grandchildren, with skating gear.

But there’s no real hurry, say the organisers — the rink will remain covered with the ice till the end of February.

“If the sky is clear in the night, the mercury falls and the water freezes automatically. In case of cloudy conditions, the temperature is up and the ice starts thawing,” said Sud, who was seen enjoying skating on the rink.

Water sprinkled on the rink freezes under natural conditions overnight.

Interestingly, in the era without telephones, locals were informed that the rink was ready and open to skaters through the practice of tethering a red balloon to the roof of the municipality located on the Ridge. The tradition survives.

The idea of a natural skating rink was developed by an Irish military official named Blessington who lived in Shimla during the Raj. He had inadvertently kept a bucket of water outside his residence and in the morning found it frozen. That gave him the idea of a skating rink and he created a small one of his own in 1920.

According to old-timers in this town, which was the summer capital of the British, in the early days of the club more than 150 sessions could be held in a season. Growing population, local deforestation and increasing human activity have obviously taken their toll.