New Delhi: Sikkim has been declared India’s “best small state” by the jury of the IBN7 Diamond State Award, 2012, an official statement from the Sikkim government said today. 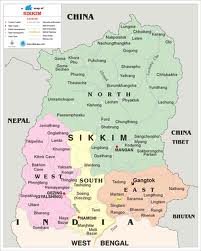 “Sikkim was declared as the best state in the country in the category of small states for its overall achievements. The state was also declared best in the country in citizen security, environment and water and sanitation categories,” the statement said.

Chamling said the state has done a lot for improving the environment and citizen’s safety.

“The state has commissioned a regular study of glaciers in Sikkim. Environmental scientists have found that glaciers are not receding in our (Sikkim) Himalayas,” Chamling said.

“Sikkim has been rated the most sustainable under various parameters like reducing pressure on environment and state’s responses to maintain their environment.

“The government has adopted a very scientific approach towards solid waste management, regulate water usages and discourage encroachment,” he said.