New Delhi: Thousands of people, mainly the young, Sunday continued their noisy protests to denounce the gang-rape of a young woman, triggering clashes with police that left several injured. 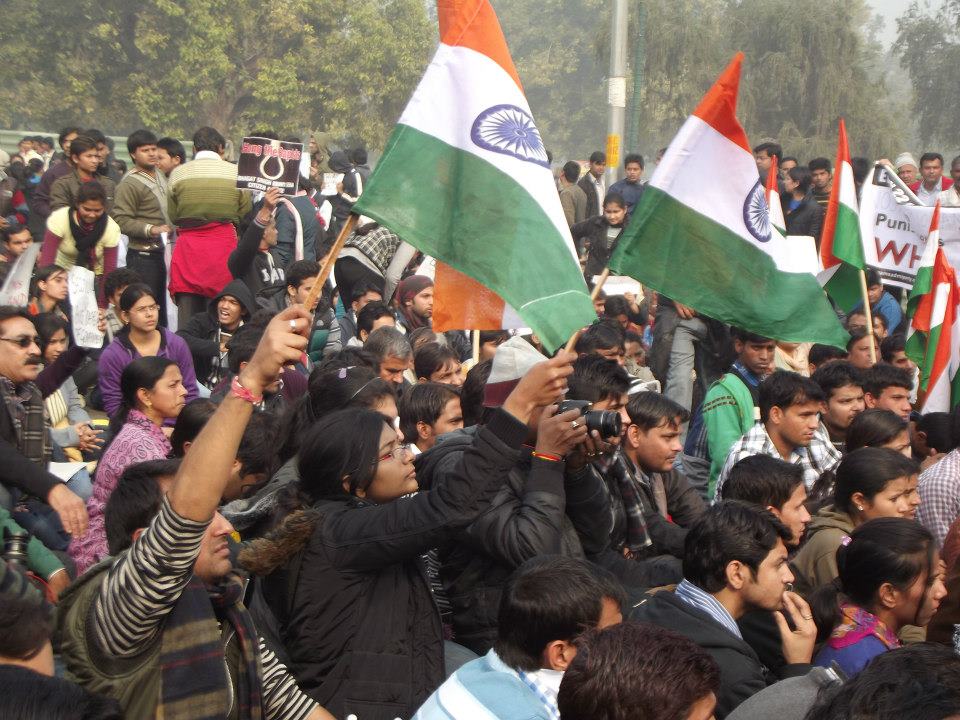 Having barricaded all roads leading to the Rashtrapati Bhavan and nearby government offices, security forces sprayed water and fired tear gas at emotionally charged crowds demanding death to the rapists. By evening, a large area in the city centre resembled a virtual war zone.

Police also used batons on the protesters who defied prohibitory orders banning the assembly of five or more people in the area around India Gate, a World War I monument synonymous with Delhi.

Each time the police charged, the young demonstrators dispersed, only to return again. Some of them hurled stones at the security personnel. Police barricades were smashed.

At least one car and a police van were vandalized.

Police were determined to seal off all roads leading to India Gate and the Rashtrapati Bhavan, areas which have been a virtual battleground for young men and women furious over the Dec 16 gang-rape.

Congress president Sonia Gandhi Sunday promised a group of young people that speedy action would be taken against the accused and they would also be charged with attempt to murder.

This was her second meeting with some of the protesters.

A huge crowd had camped out outside her 10 Janpath residence Saturday night. To the surprise of many, she came out past midnight, sat with them and spoke for some 20 minutes.

On Sunday morning, she met another delegation along with Congress general secretary Rahul Gandhi and Minister of State for Home R.P.N. Singh, who said the government was determined to ensure justice for the rape victim.

The day’s protests also drew political activists. But most appeared to be people with no particular affiliation — but very angry. Unlike Saturday, there were middle-aged too.

Amid all this, yoga guru Ramdev entered the capital standing atop a moving bus. He and his followers came in 20 buses and proceeded to the area near Jantar Mantar, also in the heart of the capital.

The yoga guru has thrown his weight behind what began as a spontaneous movement of the young against the gang-rape and the thrashing of her male friend a week ago. The victim remains in critical condition.

A young woman demanded that the rapists be hanged.

“Our Republic Day is celebrated on Rajpath,” she said, referring to the main boulevard in the heart of the capital. “And this is where the rapists should be hanged.”

Pallavi, a 25-year-old working for a multinational, told IANS: “The government is sleeping. We want to wake it up. The law should be stronger, and should be implemented properly.”

Delhi University student Hemant said the protests would continue “until we are assured that girls are safe in Delhi”.

Earlier, police evicted protesters from near India Gate but succeeded only partially.

Many young men and women were grabbed and forcibly led away towards parked buses. But many slipped through.

Some got on to top of the buses and raised slogans afresh. A few sneaked under the buses to prevent movement. Some angry protesters vandalized the buses and deflated the tyres.

Some of the protesters have camped at the site since Saturday night. Fresh crowds poured in Sunday morning.

Delhi Chief Minister Sheila Dikshit appealed for calm but said she did not approve of police action against the young.

Authorities shut eight Delhi Metro stations but that seemed to have no impact on the crowds.