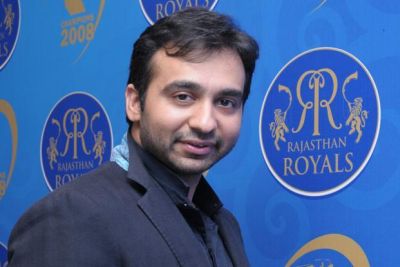 “Kundra has admitted of his involvement in some betting or some games of chance. But there is no evidence to support his disclosure. Without supportive evidence, we cannot arrest anyone on the ground of suspicion,” Kumar said.

The Delhi Police chief also said they needed some “material evidence” against Kundra.

“In the case of the players… we had the video footage to match whatever transpired during the telephonic conversation. If that kind of evidence would have been there in respect of Kundra then we would have thought of arresting him,” he told a news channel.

The Delhi Police chief also said that they have not yet decided whether to question Kundra’s wife Bollywood actress Shilpa Shetty in connection with the IPL scandal.

“We are yet to decide whether to call her for investigation. We always keep our options open… Ours is not a short-term investigation, which will close in three or four days. It is going to take time. Let’s see how things unfold,” he added.

After about 10 hours of grilling, Kundra had admitted to betting in the IPL after which his passport was seized.

While 24 people have been sent to judicial custody, Sreesanth’s friend Abhishek Shukla is on bail and bookie Tinku Mandy has been handed over to Mumbai Police.

All the 26 people arrested by Delhi Police were Tuesday booked under the stringent Maharashtra Control of Organised Crime Act. Altogether, 60 people have been arrested across the country in connection with the IPL spot fixing scam.