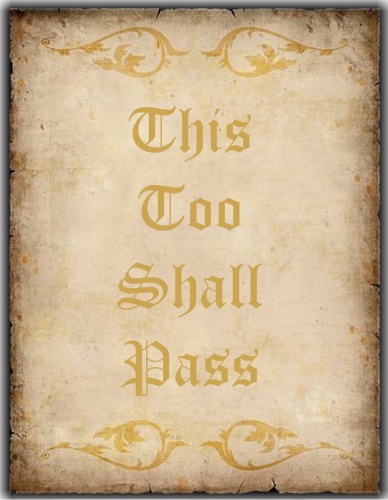 This essay is not a drift towards the spiritual world but a dip into the eternal darkness that persists in universe. At best it is a negative tale, yet reflects the reality in a much clear manner.

The origin of religion was for one single purpose; to explain the complex natural phenomenon. In the absence of modern science anything from earthquake to rainfall had to be explained. The easiest way to explain it is by defining it in terms of supernatural powers.

So with the help of religion man conquered his fear, the most pronounced of them was the fear of death, which still remains so to an extent.

The early religious scholars went on to build a strict set of ‘not to do’ items, and they all fall in the domain which relates our action to our fate after death. This just reinforces the theory that the fear of death and its meaning must have baffled our early ancestors, who at that time had just begun to culminate the consciousness of existence, which we so much associate with ‘homo sapiens’ today.

The earliest experiment in social life must have been a big challenge for the humans, who had just begun to settle as tillers, leaving behind their nomadic life of hunter-gatherers.

Above mentioned ‘not to do’ list served two purposes; first to weave a functional society where they had and wanted to regulate the individual behavior in society, and second was the assurance of an afterlife, admit it or not yet the whole concept of some sort of afterlife, however bad it might be, is a hundred times better than the concept of no afterlife at all.

Till this point the essay has been talking about ‘theory of religion’ and ‘explanation of death’, which in the today’s demanding materialistic world is the domain of ‘spiritualists’ not the ‘pragmatists’.

To change the course let me quote Leonardo Da Vinci, (the Renaissance polymath) :

Point to be made is; life is intricately related to death, it is a surprise that this relation becomes obvious only when death is near. Another scholar said, “We all overestimate the length of our lifespan”. If we try to delve into the idea of death and its meaning for an individual there is certainly a feeling of insignificance.

In the longevity of our life lie the ephemera of our existence. The significance that is felt and is associated with ourselves also has temporal changes, and that is why for someone in his/ her teens or early 20s it is more important to impress the opposite sex. Likewise at one point or the other in our life, our goals will take us into one direction or the other and sometimes we will also make recourse.

Sociologists defined birth and marriage as two most important events in an individual’s life, but more important than both is the death. This one event makes everything trivial, so no matter that your goal is whether to pile money, drive a swanky car, earn fame or own a palace, all these will be insignificant in front of inevitable death.

So what does the prevalence of insignificance in the face of inevitable death teaches us?

The point is when everything is of the same significance (or shares the same insignificance) then only we will be able to sort out what is important for us. Likewise personally, this author discovered the importance of spending time with family members.

We have come some 6-7 thousand years since our very first experiment with religion and society, both have given the humanity much more than anything that very first settlers could have imagined, yet it has also woven a complex web in form of society which now 6-7 thousand years later may easily confuse us and that is what it is exactly doing.

How religion describes our afterlife has dominated and narrated most important human endeavors from the crusades in Jerusalem in middle ages to the threat of terror in modern age. At the same time somewhat ignored aspect of it is how it affects our own very personal goals in the so called civilized societies.

A little imagination should help.

For closing this essay I find no better words than of the American genius:

The fear of death follows from the fear of life. A man who lives fully is prepared to die at any time.     – Mark Twain.