New Delhi (IANS) Carnatic music vocalist Bombay Jayashri is overjoyed after getting a Oscar nomination for her song “Pi Lullaby” from “Life of Pi”. 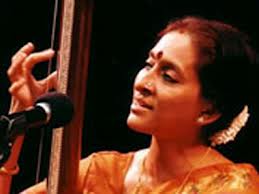 Written, composed and sung by Jayashri, the song has been nominated in best music original song category for the 85th Academy Awards, which will take place Feb 24 in Hollywood, Los Angeles.

“It feels lovely. I am feeling as if I am on the top of the world. I am deeply grateful from the bottom of my heart that this ocassion has come in my life,” Jayashri told CNN-IBN news channel.

The film, directed by Ang Lee, has bagged 11 Oscar nominations.

“Ang Lee had few conversations on the phone with Mychael (Canadian composer Mychael Danna,) and me. When I was recording in the studio, Ang Lee was supervising it in New York and later in Los Angeles. He used to tell me exactly what he wanted to hear,” said Jayashri.

“It was a Tamil song and he knew what emotions to get out of it,” Jayashri said and added that it “a fabulous learning experience”.

Major parts of fantasy adventure drama “Life of Pi” have been shot in India. An adaptation of Canadian author Yann Martel’s Man’s Booker Prize-winning novel, the film narrates the journey of an Indian boy who survives a storm at sea.