New Delhi: India could learn from Bangladesh in the way it is tackling crimes against women, including acid attacks, as well as making strides in women’s empowerment, say women parliamentarians from the smaller neighboring country. 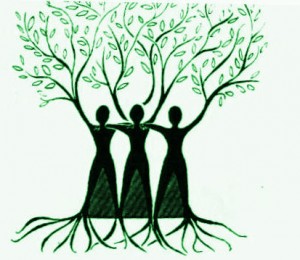 “Yes, India can learn a lot from Bangladesh in the field of women’s empowerment. We have more girls in schools than boys, we have successfully tackled acid attacks by bringing in two tough laws and our crack-down on ‘eve-teasing’ has proved a strong deterrent,” Tarana Halim, an MP of the ruling Awami League, told..

Female foeticide is something that does not take place in Bangladesh, according to Halim, a lawyer by profession and a former television star. “There is no such preference for a son in Bangladesh.”

Bangladesh, which has been ruled alternatively by two women prime ministers for the past two decades, has a sex ratio that is equally balanced. Of its over 152 million population, males constitute 76.3 million and females 76.1 million.

India, a country of 1.2 billion, on the other hand, has a skewed sex ratio of 940 females per 1,000 males – due to the preference for a boy child in some parts of India, especially northern India.

“There are more girls than boys in many schools across Bangladesh. In many schools, the ratio is 200 girls to 150 boys. The government provides free education to girls, irrespective of economic background, right up to Class 12,” says Rumana Mahmood, an MP of the opposition Bangladesh Nationalist Party.

The government also provides free books for both boys and girls up to Class 9 – irrespective of economic class, Mahmood, the MP from Sirajganj, told IANS, adding her party chief and former prime minister Begum Khaleda Zia “has done a lot for women’s education”.

The two were part of a Bangladeshi parliamentary delegation that visited New Delhi recently.

Bangladesh has two stringent laws to tackle acid attacks on women, which has helped bring down the number of such cases.

“In 2002, the Bangladesh government passed two laws – against acid throwing and against possession and sale of acid, which has brought down the acid attack cases,” said Halim.

Data by Acid Survivors Foundation Bangladesh says there were 3,000 reported acid attack victims in the country from 1999 to 2010. While there are no proper statistics for India, according to Avon Global Center for Women and Justice at Cornell Law School, a search of Indian newspapers found 153 reported cases from 2002 to 2010.

The Indian cabinet in July this year cleared a proposal under which acid attack cases would be brought under a separate act punishable with a maximum ten years of imprisonment.

Sexual harassment of women is another rampant problem that Bangladesh has “handled well”, said the women parliamentarians.

“Whenever a case of ‘eve-teasing’ takes place, the girl raises alarm and the women around her collectively raise protest. A mobile court hands down punishment orders at the spot,” said Halim.

On Dec 1, the Indian Supreme Court took a strong view of the problem and said it has “become a pernicious, horrid and disgusting practice…”. It directed states to depute plainclothes women officers at public places to check the crime.

Women are well represented in politics in Bangladesh with 50 seats reserved for them in the 350-seat parliament, besides 17 elected seats too, said Halim. That works to around 20 percent of the total seats.

In the 15th Lok Sabha, women constitute 11 percent, while a bill to reserve 33 percent seats for women in parliament and state assemblies is hanging fire due to objections from some parties.

Both the Bangladeshi MPs said with pride that women voters comprise “over 50 percent” of the electorate in their country.

“The government is woman-friendly and (Prime Minister) Sheikh Hasina is determined about women empowerment… Whenever we come forward with any women-friendly proposal, she tells us ‘Just go ahead and do it’,” said Halim.