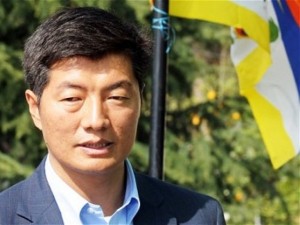 The CTA clarified that Tibetan spiritual leader the Dalai Lama was “not encouraging self-immolations” and asked the Chinese to send an investigation team to Himachal Pradesh’s Dharamsala town to prove their allegation.

“We urge all foreign governments engaging in human rights dialogue with China to acknowledge that the situation in Tibet has worsened,” Lobsang Sangay, the democratically-elected leader of the Tibetan people, said in a statement here on the Universal Human Rights Day.

“If Beijing ends repression of Tibetans, then the self-immolations will abate,” said Sangay, the Harvard-educated elected head of the CTA.

The Tibetans commemorate the Universal Human Rights Day as the anniversary of the conferment of the Nobel Peace Prize on the Dalai Lama.

Sangay said 95 Tibetans had set themselves on fire in Tibet since 2009, 82 of them this year. The common cry of all self-immolators was the return of the Dalai Lama to Tibet and freedom for Tibetans.

The Dalai Lama has lived in India since fleeing his homeland in 1959. The Tibetan administration-in-exile is based in this northern Indian hill town.