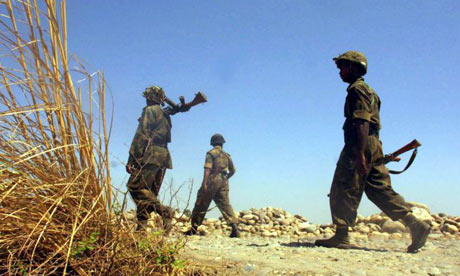 These include a member of the Border Security Force (BSF), the minister told the Lok Sabha in a written statement.

He said the government had repeatedly taken up the matter with the Pakistani government but “Pakistan does not acknowledge the presence of any such personnel in its custody”.

“The delegation, however, could not conclusively confirm the physical presence of any missing defence personnel.”

He said that in the wake of media reports that some 1971 prisoners of war (POWs) were in a jail in Oman, the Indian embassy in Muscat formally took up the issue with the Omani foreign office.

The mission wanted to know the “factual status and consular access and release of Indian POWs, if any, in Omani jails.

“However, there has been no official and formal response from the Omani side,” the minister said.