Sydney: Cricketing great Ricky Ponting, who retired from all forms of the game after playing his last Test match at Perth against South Africa, Monday said India’s Sachin Tendulkar is the best player he has played against. 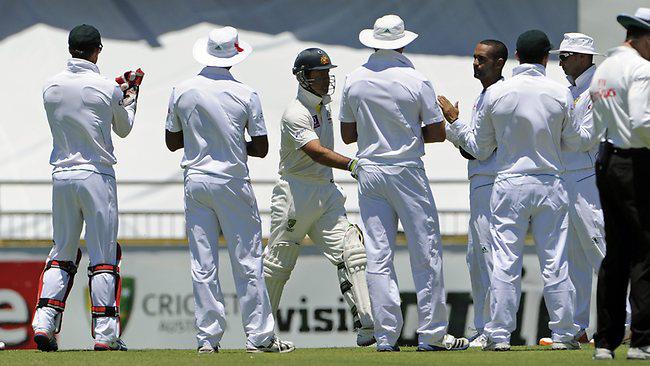 On being asked about the most supreme batsmen of his era, Ponting said: “I feel Sachin was the best player I played against and that’s coming from more of a captain’s point of view as well, knowing he had so much success against us in our conditions and their conditions.”

Ponting hung his boots after playing 168 Test matches, scoring 13,378 runs at an average of 51.85 with a highest of 257. He also scored 41 centuries and 62 half-centuries. In One-Day Internationals (ODI), the former Australia skipper played 375 matches scoring 13,704 runs, including 30 centuries with a highest score of 164.

Commenting further about other great batsmen he played against, as reported by espncricinfo.com, he said: “I probably lost more sleep on the eve of games against (Brian) Lara because I knew he could single-handedly win games. The way I judge players has always been on their ability to win games by themselves. Lara could certainly do that and he did it probably more than what Sachin’s done for India.

“You’ve got to put (Jacques) Kallis in that bracket as well. You put his wickets on top of what he’s done with the bat. He came out the other day to bat and I looked at the board and he was averaging 57 in Test cricket. That’s remarkable considering the amount he’s had to bowl and all that sort of stuff. I’ve been pretty blessed to play in the era with so many great batsmen, and if my name gets mentioned among them, then that’s great.”

Ponting, who was part of three World Cup-winning squads in 1999, 2003 and 2007, having led in the latter two, said former pacers Curtly Ambrose of the West Indies and Pakistani Wasim Akram and India spinner Harbhajan Singh were the best bowlers he faced in his career.

“I think Curtly Ambrose and Wasim Akram were probably the two outstanding quicks that I faced, and for different reasons. Ambrose for his ability to just make you feel like you couldn’t score off him for long periods of time, never felt like he was going to bowl you a bad ball. Akram for the exact opposite, you could get a few runs off him, but you just knew there was an unplayable ball around the corner, be it with an old ball or with a new ball.

“Harbhajan’s probably the other one who caused me as much grief as anything. He got me out a lot of times and caused me a lot of grief. Those guys through their careers can all put their hand up and say they had my measure,” said Ponting of Harbhajan, who dismissed the Tasmanian 10 times, including three ducks in Tests, more than any bowler Ponting’s confronted.