Bangalore:  Playing two T20s and three one-day international (ODIs) against arch-rival Pakistan over the next two weeks would help India to get into groove for the five ODIs with England from Jan 11-27, captain Mahendra Singh Dhoni said Monday. 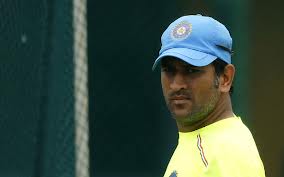 “The good thing about these two series (Pakistan following England) is that the five matches (two T20s & three ODIs) in between will give time to get into the groove, as they are very different from the longer format (Tests),” Dhoni told reporters here ahead of the first T20 against Pakistan Tuesday night at the Chinnaswamy stadium.

Though teams use one-off T20 matches as a warm-up game going into a long series or as an entertainment to fans at the end of it (Test series), Dhoni said they have to be a bit unorthodox and try a few different things as T20 was a specialists’ game.

“There are a few sides that have different teams for each format of the game (T20s, ODIs & Tests). There are specialists who play only T20 matches.

“But if it’s a one-off game, they might not fly down those specialists. At least two games give some time to adjust to the format,” Dhoni said.

Allaying fears over the impact of playing constantly on the players’ health, he said it was difficult to think of breaks in the midst of big series while representing the country.

“What is important is to be at your best. Sometimes the body does protest and you will know that if you don’t rest then, you might get injured.

“At the same time, you may want to take a break and miss a series. I don’t mind playing matches (in between) because they give us certain momentum,” Dhoni asserted.

Commenting on the Indo-Pak series in the shorter version being sandwiched between the English series, the captain said the players don’t think too much about such things as they were used to of playing all the time irrespective of the format.

“For us what is vital is what’s there and what will happen rather than thinking we should have been playing a T20 series, or an ODI series or a Test series.

“We don’t have time for these things. We are right now concentrating on the T20s and the ODIs against Pakistan,” the skipper said.

Playing down Pakistan’s pace-cum-spin bowling strength, Dhoni said the teams were evenly placed. The side that played better would win the series.

“It’s not about how good you look on paper. It’s always about how an individual reacts to the situation he faces – whether a bowler or batsman. I think the teams are evenly placed right now.

Asked for his advice to the new or young crop of players in the team, especially fast bowlers, the captain said it was important to realise their talent and not force anything on them with which they won’t be comfortable.

“Playing in the domestic format is completely different from the international format as the requirements are different. That’s why we talk a lot about experience, but youngsters can only gain experience when they play a lot of games.

“We tell them to keep improving in every practice session. The good thing is they can bowl quick. With exposure and guidance, they can be really good for the team,” Dhoni said.

Asked whom he would turn to in the absence of Sachin Tendulkar who retired from ODIs, Dhoni said: “Well, Sachin has guided us enough, so now we should be able to make out which bowler to target,” Dhoni added.