Gurgaon: American rock band Guns N’Roses Wednesday dedicated their concernt in Gurgaon to sitar maestro Pandit Ravi Shankar who died in the US at the age of 92. 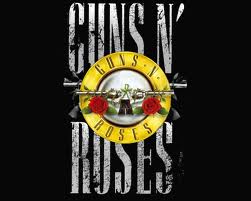 Three-time Grammy award winner Pandit Shankar had been admitted to the Scripps Memorial Hospital in La Jolla, San Diego, near his home after complaining of breathing difficulties. He passed away Wednesday morning.

“We dedicate this show to Pandit Ravi Shankar, who passed away today (Wednesday),” the band’s lead vocalist Axl Rose, said during the concert.

During their three-hour long performance, the band took the crowd of over 5000 people in the Leisure Valley Grounds, on a roller coaster ride, as they belted out their popular numbers like “November Rain”, “Sweet Child O’ Mine” and “Knockin’ On Heaven’s Door”.

Newly formed Texas-based rock band Brand New Machine opened the show for Guns N’Roses, and entertained audiences with some of their foot-tapping and head-banging songs.

However, the excitement among the crowd reached another level as Guns N’Roses took the stage.

The highlight of the show was when Axl bought piano on stage and played it for the audience. People were seen swaying to the tunes of the piano and enjoying every bit of the performance.

“It is great for us to be here (in India) and play in front of you beautiful people. It is an honour for us to play here. I just want to make sure that all of you are happy,” Axl said while interacting with the fans during his performance.

Formed in 1985, Guns N’ Roses had Rose as the lead vocalist, Slash as lead guitarist, rhythm guitarist Izzy Stradlin, bassist Duff McKagan and drummer Steven Adler. However, over the years, many new talents replaced the old ones and right now, Axl Rose is the only original member from the band.

Before playing in Gurgaon, the band has already performed in Bangalore and Mumbai. Guns N’ Roses have been brought to India by Mooz Entertainment.