London: Director James Cameron has fired back at legal action from an artist who accused him of stealing the plot for his film “Avatar”, by signing a 45-page sworn declaration detailing its creation. 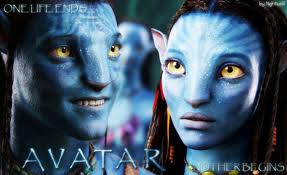 Gerald Morawski filed a lawsuit against Cameron and his company Lightstorm Entertainment at US District Court, Central District of California, alleging that the Oscar winning director had used the subject of his paintings as the basis for the plot of the movie.

Morawski claims after selling Cameron four art pieces in 1991, he pitched the director a movie entitled “Guardians of Eden”(Goe), a story about a struggle between an evil mining conglomerate and an indigenous tribe, reports contactmusic.com.

However, Cameron has refuted his accusations and filed an extraordinary 45-page document analysing how he came up with the “Avatar” story, recalling his childhood obsession with science, and even hinting at plotlines for the sci-fi hit’s upcoming sequels.

A further hearing in the matter is scheduled to take place in January next year.