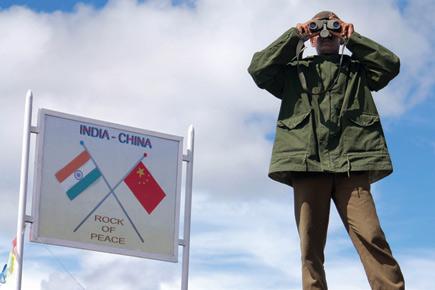 Dehhhra Dun: Trade between China and India from the Lipulekh Pass in Pithoragarh district was formally declared closed on Oct 31. Trade through this Pass was started in 1992, following the Sino-Indian agreement and is an annual feature since then.

According to officials of the Indo-Tibetan Border Police (ITBP) that man the Pass, the Indian traders imported goods worth Rs 2.77 crores while they were only able to export material worth Rs 81.50 lakhs. The reason for this could be that the demand this year on the Chinese side was low, they felt.

They said that although normally every year the imports from China are more than what the Indian traders export, but the gap was not as wide as witnessed this year. The imports last year worth Rs 1.49 crores, w hile the export was of Rs 1.12 crores worth of goods, they maintained.

They said that this year 138 Indian traders had gone till the market at Taklakot on the Chinese side and most of them were dealing in ‘gur’(jaggery) and ‘mishri’, but as these do not have a very long shelf life, the traders do not carry huge stocks.

Officials said that there had been a change in the perception of the trade since 2003. “Till then some of the Chinese traders would also come to the market on the Indian side at Gunji, but they had stopped coming since then, for reasons best known to them. Even this year not a single Chinese trader crossdd over”, they pointed out.

They said that the Indian traders mostly took ‘gur’ (jaggery’ and ‘mishri’, while some of them also took coffee, dry fruits, woolens and medicinal herbs. The imports mostly were of pashmina, readymade garments, shoes, blankets and goats.

They said that details of the trade that had been done between the Indian traders and their Chinese counterparts had been sent to the union ministry of commerce.

Meanwhile traders who crossed into China when asked why the Chinese traders did not come to the Indian market at Gunj, they said that the major reason was that the road through between the two countries was not good on the Indian side, plus the infrastructure at Gunj also left much to be desired, because of which the Chinese counterparts shrugged coming to the Indian side.