The ceremony is scheduled to be held at Rashtrapati Bhavan on November 19, said a spokesman for the union government. 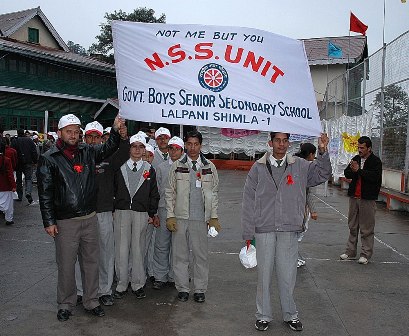 The award is to be shared by HP Education Directorate and University of Kashmir as both institution have made valuable contribution to NSS, he added.

Instituted in 1993-94, the NSS award carries a cash prize of Rs 1 lakh and is awarded for rendering selfless service by student volunteers.

The institutions role is not only restricted to planting of saplings, collection or donation of blood, community service but also spreads to creation of durable assets in the  community, spreading awareness on social and current issues, setting up of Social Harmony and  Disaster Mitigation camps and to improve literacy levels.

National Service Scheme was launched during the birth centenary celebration of Mahatma Gandhi on 24th September 1969 in 37 Universities involving 40,000 students.

Today, NSS has more than 3.2 million student volunteers on its roll spread over 299 Universities.

The scheme is implemented through the state governments with the NSS operations being at University, College and Higher Secondary School levels.