Where the law is out to haul up natives who per force are having to draw a living out of small farms for there are not enough employment opportunities or those who have bypassed the tough land laws by way of benami holdings, neither the courts or the state executive has shown any teeth to act against religious bodies and trusts for the blatant land law violations done.

Shimla: There being not enough land to meet the demand for it in rural or urban areas, Himachal Pradesh’s tough land laws enacted in 1972, are violated with blatant impunity by religious bodies and trusts, while the enforcement authorities choose to look the other way.

The tough HP Ceiling on Land Holding Act, 1972 and The Himachal Pradesh Tenancy and Land Reforms Act, 1972 were enacted in the first place to restrict large land holdings by individuals, temples, trusts and the corporate.

When the law was enforced, several temple lands that exceeded the 300 bigha land limit per entity prescribed by the law were vested in the state and distributed to tenants and other landless people. 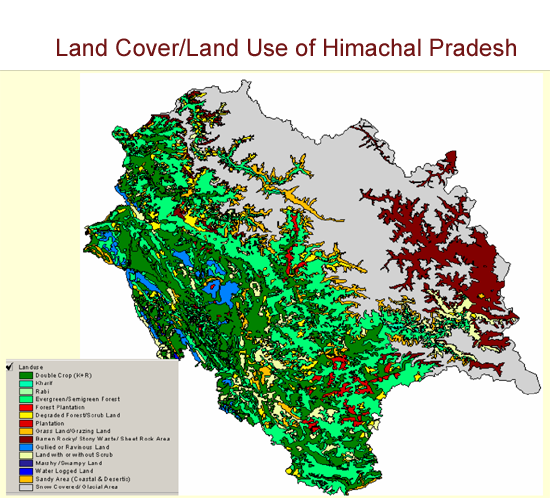 Much of the land, other than that is privately held in Himachal Pradesh, by the stroke of a bureaucratic pen in 1952 was declared as forest land.

Though the population of the state has expanded since the laws were enacted and with over 90 percent of the 68 lakh people still residing in villages, no extra land has been freed to support the increased number dependent upon it for its livelihood.

Forced to fend for a living on subsistence level farm holdings, encroaching upon government and forest lands is rampant across the state.

An effort to regularize the public lands that have been encroachment upon by advancing policy changes in 2002 had over 3 lakh applicants submit affidavits to cover up the illegality.

However, the courts struck down the policy as constitutionally ultra vires.

All those who had submitted affidavits, admitting that they had encroached up public or forest lands, are today pitched against the law and fighting court battles.

Where land is not available for natives, farmer or landless people, those who outside the state, who intend to buy land in Himachal Pradesh, have to go past Section 118 of The Himachal Pradesh Tenancy and Land Reforms Act, 1972.

Powers for granting permission to buy land for non Himachalis, non agriculturalists or corporate’s vests with the State Cabinet.

Concentration of such powers in the states highest body has led to benami transactions in land, which the authorities are aware of but have been hesitant to act for enforcing the law.

A benami transaction is one where land is bought by somebody else on the name of native, which many or may not be used for agricultural purposes.

The land reform laws were enacted for the purpose of saving precious agricultural lands in the hill state and to protect the hill farmer from being lured by big money to sell it.

Conveniently, over the years, religious bodies and trusts have usurped farm lands, far in access of the permitted ceiling limits.

The socio-religious Radha Soami Beas Satsang group today is the largest land holder in Himachal Pradesh and has ownership of about 12,000 bigha’s of land.

The influence of religious groups and trusts is such that they have even successfully lobbied with the government to amend the law for exempting them from the land ceiling laws.

Tibetan trusts have bought prime agricultural land in the name of Buddhist farmers from Kinnaur, Lahaul or Spiti in Kangra valley, the holdings again exceeding the ceiling laws.

Where the law is out to haul up natives who per force are having to draw a living out of small farms for there are not enough employment opportunities or those who have bypassed the tough land laws by way of benami holdings, neither the courts or the state executive has shown any teeth to act against religious bodies and trusts for the blatant land law violations done.

If the government and the courts cannot enforce such a law, why have it in the first place.

When the law was enacted, excess temple lands, particularly in Kangra and Una was seized and vested in the state.

Today the same state that was looking for equitable distribution of land among its citizens is bending over to provide a leeway for other religious bodies, who have accumulated more land than the law permits.

Why give preferential treatment to religious entities and bark down at the common man?