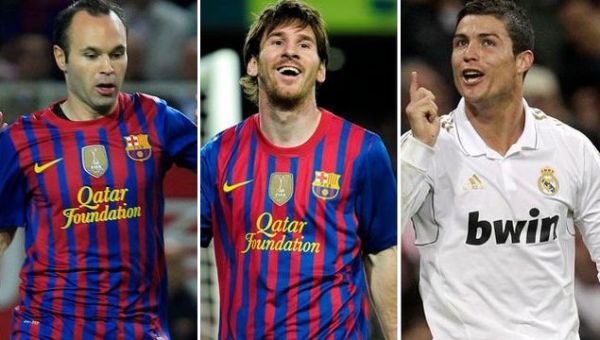 The Spain-based trio were chosen Thursday from a list of 23 candidates with the winner to be announced during a televised event in Zurich Jan 7, 2013.

Barcelona and Argentina star Messi is tipped to win the award for a fourth consecutive time having scored 82 goals in the year to date.

Ronaldo has scored 60 goals across all competitions and led Real Madrid to Spain’s La Liga title last season while Iniesta was named player of the tournament in Spain’s Euro 2012 triumph in July.

“It shows how strong football in Spain is. We have seen again what the national team did at the Euros and it will be interesting to see what happens in the Confederations Cup.” FIFA general secretary Jerome Valcke said during a press conference.