Shimla: Border Road Organization (BRO) declared early closure of the alternate road to Leh  that passes over Rohtang Pass because of early snowfall in the high passes of Rohtang and Baralacha.

In charge of critical border roads, BRO under Deepak Project is responsible for developing and maintaining vital roads along the India-China border along the disputed MacMohan line in Jammu & Kashmir, Himachal Pradesh and parts of Uttarakhand.

“Due to repeated snow spells on the higher reaches,” said Col Naiyar, “Deepak Project on November 11 has already closure of this high altitude road.” 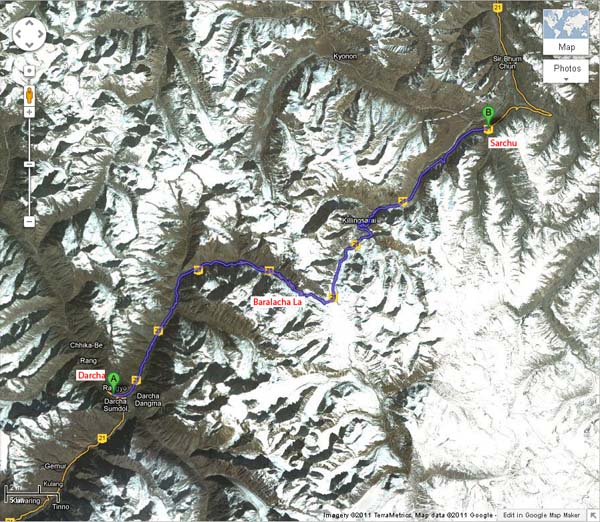 Early snow had even stalled the last leg of Raid de Himalaya, a cross country motorsport rally, in its tracks at Leh in the second week of October

Cutting of much of the trans Himalayan region of Lahaul and higher reaches of Spiti, the Manali-Sarchu road would only be opened for traffic after the winter in May or June.

Should any vehicle be stranded due to bad weather or any unforeseen eventuality happened, BRO and Project Deepak would not be responsible for any loss to life or property, stated a BRO communiqué.

Normally the road to Leh through Manbali that passes over four of the highest passes in the world is kept open from June to October and BRO this year had difficulty in keeping the traffic open in the closing week of last month. Last year the road was officially closed on October 31.

Despite the road being officially declared closed, Balbir Thakur, an sub-divisional magistrate at Manali said the those intending to cross over into Lahaul valley from Manali could do so before 3 p.m. as BRO work force was keeping the Rohtang Pass open for the purpose.

To construct an all weather road into the land locked valley of Lahaul, BRO was boring a 8 Km tunnel under Rohtang Pass. The tunnel linking the two valleys is scheduled to be commissioned in 2014.