New Delhi: An old black-and-white photograph of Jawaharlal Nehru, the first prime minister of independent India, signing an autograph for a young man in 1941, while the country was still under British rule, draws the viewer to take a closer look.

The eager young man in the picture is one of India’s earliest freelance photo-journalists, Kulwant Roy, who enjoyed close proximity with leading politicians of his day, and captured them in “unguarded” moments with his camera.

“The Visual Archives of Kulwant Roy“, a collection of 200 digital and restored prints of photographs, is on exhibition at the National Gallery of Modern Art (NGMA) in the capital. The exhibition’s opening coincided with Jawaharlal Nehru’s 123rd birthday Wednesday. 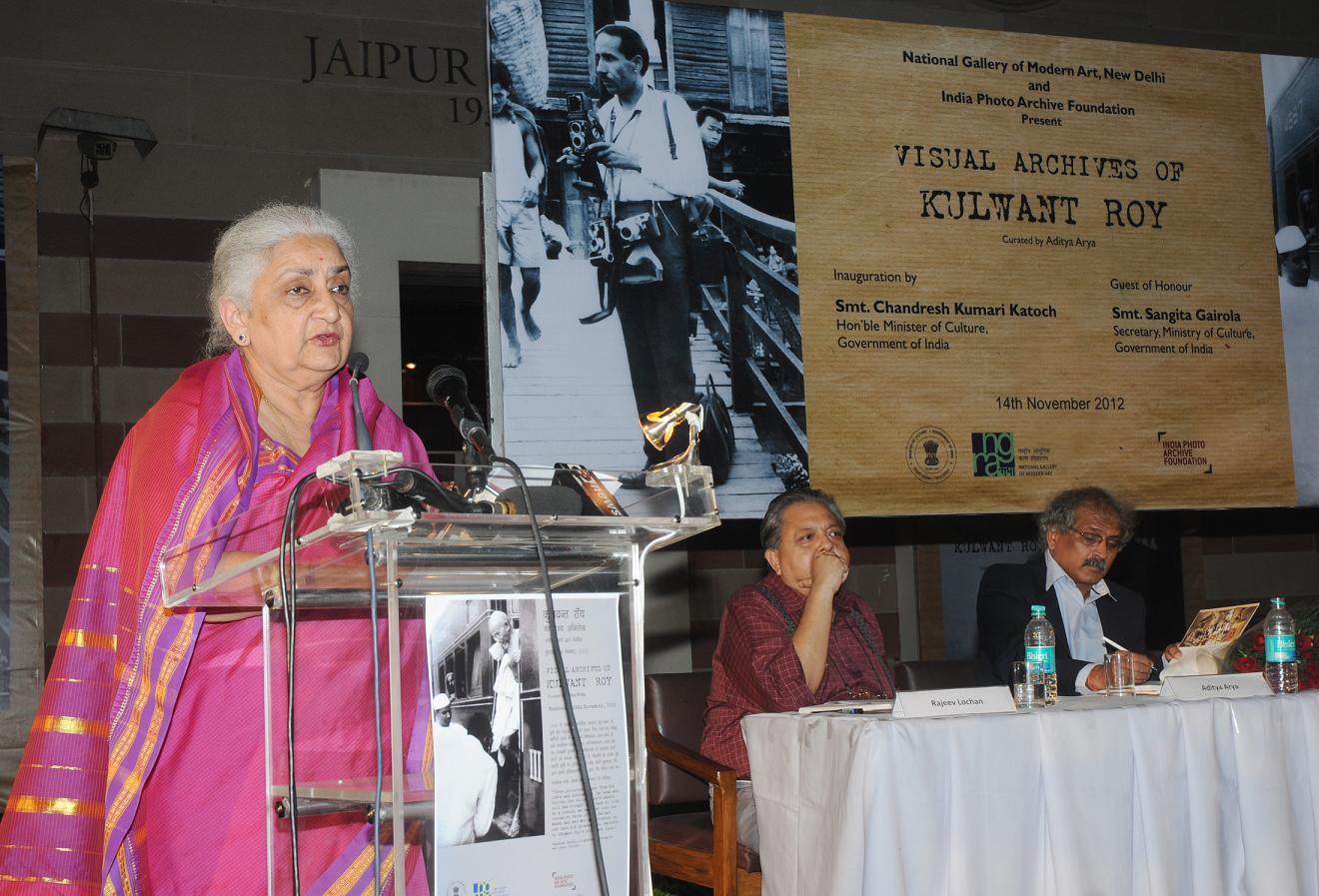 The photographs, sourced from the India Photo Archives Foundation, have been taken over by NGMA as part of its permanent exhibits, museum director Rajeev Lochan said.

A chronicler of modern political India, Roy worked through the pre-and post-independence periods to record important political events, India’s connections with the world, turbulence, a section of the people of India, especially in the villages, and visual narratives of the country’s natural landscape, including photo-essays of Amarnath, Badrinath and Kedarnath pilgrimages in the Himalayas.

Roy’s pre-occupation with politics brought him close to Nehru and Gandhi, whom he shot through important moments in the nation’s history.

A selection of Roy’s photographs of Jawaharlal Nehru throws light on the statesman’s achievements as a foreign affairs man.

In a section of the showcase, “India and the World”, there are photographs of Nehru with former Chinese premier Chou En Lai in a rare moment of camaraderie, with Gamal Abdel Nasser, the former president of Egypt, and Muhammad Ali Jinnah of the Muslim League. There is also a shot of Nehru with Eleanor Roosevelt, at a time when she was no longer first lady of US, visiting India in 1952.

Three striking photographs bring out the dapper in Nehru. Two rare shots of Nehru with Jacqueline Kennedy, wife of former US president John F. Kennedy, show a smitten Nehru flanking a laughing Kennedy, who is dressed in a glamorous silk frock, strands of pearls and matching silk headgear showing off her fashionable bob (hairdo).

In a moment of light-heartedness, Nehru takes time off to light up with Marshal Josip Broz Tito in one shot and indulges in a more-than-friendly exchange with Lady Edwina Mountbatten in another, all caught by Roy’s camera.

Roy also took a look at the politics of the Northwest Frontier Province (NWFP) with its heroes like Abdul Ghaffar Khan. Roy was assigned to aerially map the area for political disturbance when he joined the Royal Indian Air Force as an aerial lensman.

He was dismissed from service after he defied a racist whip.

Born in Ludhiana in 1914, Roy learnt his skill behind the camera and in the dark room at the Gopal Chitter Kuteer — a photo-studio in Lahore — where he worked.

Roy died an unhappy man in 1984, nearly 22 reclusive years after he lost a chest of his most treasured photographs in transit while on a world tour.

A box of negatives that he sent to India never reached their destination.

Photographs record history, she said, but preserving old photographs and art was not easy.

Citing an example of the natural threats to objects of art in India, Katoch said: “In Himachal Pradesh (the minister married into the erstwhile royal family of Kangra in Himachal Pradesh), we have two problems – of extreme damp and extreme chill. They destroy the miniatures. Restoring them won’t give you the same results. Rajasthan is dry, but the bright light destroys ancient art.”

Katoch was born into the erstwhile royalty of Jodhpur, Rajasthan.