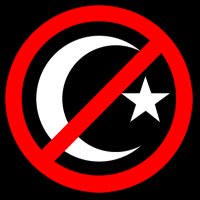 The decision to challenge the judgment was taken at a high level meeting at its Barbar Shah headquarters here.
“The organization decided to oppose the High Court decision. And we again decided to call for a party meeting at our Barbar Shah headquarters on November 4, 2012. The meeting will decide the future course of action against the high court decision,” General Secretary of JAH, Abdul Rahman Bhat, said.

Earlier this week, the High Court ruled that a husband’s right to ‘talaq’, or divorce under the Islamic laws, is not absolute and deemed it unqualified. In his 23-page judgment, Justice Hasnain Masoodi extensively went into details of the Muslim Shariah law and Quranic injunctions to hold that a “husband cannot have unrestricted or unqualified power to pronounce the Talaaq.”

“Though Islam visualizes a situation where a marriage may run into rough weather for reasons beyond control of the parties to the marriage contract, and provides for a mechanism to end or dissolve the relationship in such case, yet the device of divorce is to be used as the last option when the marital relations have irretrievably broken down,” the court was quoted as having said.

The JAH meeting observed that the decision was “a direct interference with Islam”, which can be, in future, extended to other Islamic provisions too.

“Islam is a religion that has complete explanation of everything given in holy Koran and Hadith. No issue related to Islam can be discussed or debated in any anti-Islamic Court. If today we accept the court judgment on divorce, tomorrow every issue in Islam will come under debate in the Courts,” Bhat said.

It is the first time that any non-Shariah court has pronounced a judgment against any issue concerning Islam. Normally in Kashmir the issues related to divorce and other Islamic matters are decided by the Shariah Court. The High Court decision has already enraged the clergy, but the JAH call is the first organized voice against it.

All eyes would now be on the Sunday’s meeting so far as the religious organizations are concerned.