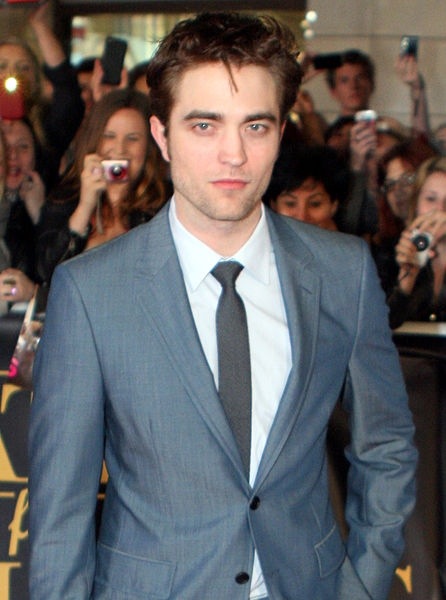 New Delhi: Robert Pattinson’s brooding vampire avatar as Edward Cullen in the “Twilight” series has a massive following in India, and the Hollywood star, well aware of the country’s “huge film market”, says a fervent thank you to his many fans here.

“The Indian film market is a huge market and I am really thankful to the people in India for their love and support,” said Pattinson, who struck a particular chord with teenage fans of the vampire romance series, in an email interaction from Los Angeles.

He hopes his fans will give a thumbs up to the final instalment in the franchise, “The Twilight Saga: Breaking Dawn – Part 2”, releasing Nov 16.

The “Twilight” series, based on Stephenie Meyer’s eponymous best-selling novel, has given Pattinson worldwide popularity. The British actor first bagged Cullen’s role in 2008. He was 22 then.

Success, he says, was sweet but took away the freedom of experiencing small joys. He also admits the Edward Cullen hangover will take a while to fade away.

Has the global recognition changed him as a person?

“No, it hasn’t changed me, but I feel the freedom is gone. I miss going to theatres and loitering on the streets,” the 26-year-old said.

After featuring in a bit role as Cedric Diggory in “Harry Potter and the Goblet of Fire”, Pattinson has literally lived Cullen’s part for “Twilight” for four years. He is sure he will miss it, but knows he will have to work hard to undergo an image change for his fans.

“I have been Edward Cullen for four years and the hangover will remain for a while. With time I am sure it’ll fade away and people (will) start recognising the other characters that I play,” he said.

“I am happy and relaxed that it is over. It was a chunk of my life. I have very sweet memories attached to it and what I’ll miss is the moment I reach the set I know everyone around,” he added.

But the “Twilight” fever may not end just as yet. If director Bill Condon has his way, the vampire series could continue even after there are no books to adapt. Would Pattinson still be a part of it?

“Twilight” will always remain special for him. The name and fame apart, it has also found for him the love of his life, co-star Kristen Stewart, who plays Bella Swan.

Their love life, which clearly translated into a heartwarming chemistry on screen, has drawn wide attention from all quarters. Their union, recent split and reconciliation, have grabbed enough spotlight to give the last “Twilight” instalment, overwhelming footfalls when it releases Nov 16.

Playing a vampire in “Twilight” required the actor to stay intense all the time while shooting, but he says they had “a lot of fun as well on the set”.

For now, he is looking forward to the release of the movie, and later, to set out for Iraq to shoot for “Mission: Blacklist”.