New Delhi: English is fast developing a dynamism all its own in the non-English-speaking world, says former Indian Administrative Service officer, writer and noted theatre personality Bhaskar Ghose, whose first novel is a tale of two bureaucrats. 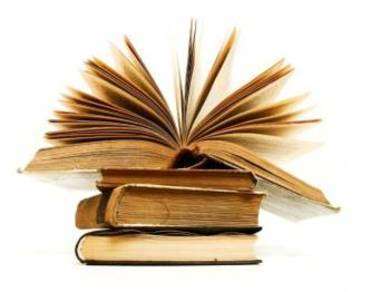 “With new playwrights and writers enquiring into the evolution of the language through their writings, the language now has an identity of its own,” Ghose told IANS at the launch of his third book, “The Teller of Tales,” his first work of fiction.

“We in our own time had a British influence. But the language is not that any more. It is acquiring a regional colour — growing in its own way in South India; in the eastern part of the country; and in northern India… And each of these versions of the English language is different,” Ghose said.

“It is wonderful; I like the new Indian English,” the septuagenarian writer said.

Ghose’s novel draws from his experience as a senior bureaucrat for 36 years, his 50-odd years on the stage as one of the driving forces behind “Yatrik” — one of the oldest theatre groups in the capital, his days in St Stephen’s College, when he experienced India in all its diversity.

“When you read it, you will notice the similarities. Basically, it centres around two friends who grew up in the services (IAS) together,” Ghose said.

The writer, who was educated in Mumbai and Delhi, joined the IAS in 1960. He served as director general of Doordrashan and had been secretary of the ministry of culture, and human resource development and the ministry of information and broadcasting.

The book explores the lives of two friends, Arunava Varman, a semi-autobiographical character modelled on the writer, and fellow bureaucrat Tapan. Arunava’s tales, crafted with intelligence and ingenuity, offer excitement to Tapan, whose life is otherwise quite dull and grey.

But the stories begin to fray as Arunava’s character reveals itself. There are disturbing gaps in Arunava’s anecdotes.

“After his second drink, Arunava Varman became more expansive and mellow… His usual style was to top every story or anecdote with something even more dramatic or even more epic,” Ghose says of his character.

Early in life, Ghose had once used the name Arunava Varman (replacing his own) to write an article in The Illustrated Weekly.

“It was not exactly a pen-name. Arunava is another of my names (it means the same as Bhaskar, the sun) and Varman is my community name,” the writer said.

The book took off under a strange set of circumstances, Ghose recalled. “Penguin had asked me to write a set of anecdotes. The editor then suggested that I get them together into a novel. That was three years ago,” Ghose said.

It started “developing a life of its own,” Ghose said, of the book.

The stage too is integral to the book.

“I spent 40 years of my life staging plays and worked for Yatrik as an actor and director. I started acting in St Stephen’s. My first role was an eight-line part in Macbeth,” Ghose said.

Ghose’s theatre troupe, Yatrik, appears in his book in the incarnation of “Delhi Players”. The theatre ensemble is the backdrop for a romantic tangle between Arunava, Tapan and the “attractive Jaishree Kapur”, a talented actor with a flawless complexion.

The story moves across an arc of interesting terrain – from Mandu and Khajuraho in Madhya Pradesh to Jalpaiguri in north Bengal and the Himalayas, places that the writer visited as an IAS officer.

“The book is about the people who were on the stage with him for the last four decades and those who helped him serve the country as a bureaucrat,” the writer said.

“The Teller of Tales,” published by Penguin-India, was released Friday.